Taiwan to Build Submarines, Deployment by 2025 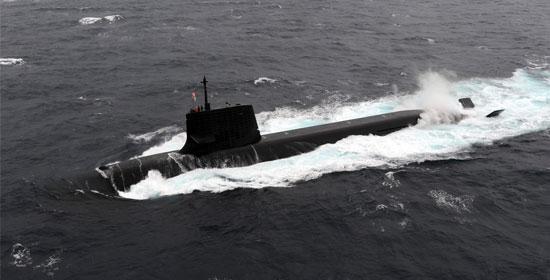 President Tsai Ing-wen of the Republic of China has announced that the Taiwanese government will commence building its first submarines at the southern port city of Kaohsiung. An initial fleet of eight diesel-powered submarines is envisioned for completion by 2024, for deployment by 2025.

Taiwanese shipbuilder CSBC Corporation is slated to handle the construction at its shipyards at the southern end of Taiwan. CSBC gained its military-oriented technological know-how with support from Taipei-based National Chung-Shan Institute of Science and Technology.

Taiwan has been planning to add its own submarines since the early 2000s, but plans by the George W. Bush administration to provide U.S. submarines were scuttled, so ROC launched its own “Indigenous Defense Submarine (IDS) program,” culminating in the recent announcement.

The ROC naval fleet now has two submarines in service, purchased from the Netherlands nearly 35 years ago. In the first half of 2019, Taiwan’s Navy Command Headquarters issued a press release regarding false reports that its IDS vessels will resemble the Japanese Soryu-class diesel-powered submarines.

Interestingly, the first successful combat submarine was constructed some 155 years ago by a private company with help from a scion of the Singer family, at a machine shop in Mobile, Alabama. The vessel, H.L. Hunley, sank the sloop USS Housatonic in Charleston, South Carolina, harbor.

Though all hands aboard were lost, this attack proved that a practical submarine could be built with relative ease. It is said the Taiwanese IDS vessels will be adopting U.S.-made products including weaponry to equip those designated for combat missions.

The story is available in Chinese