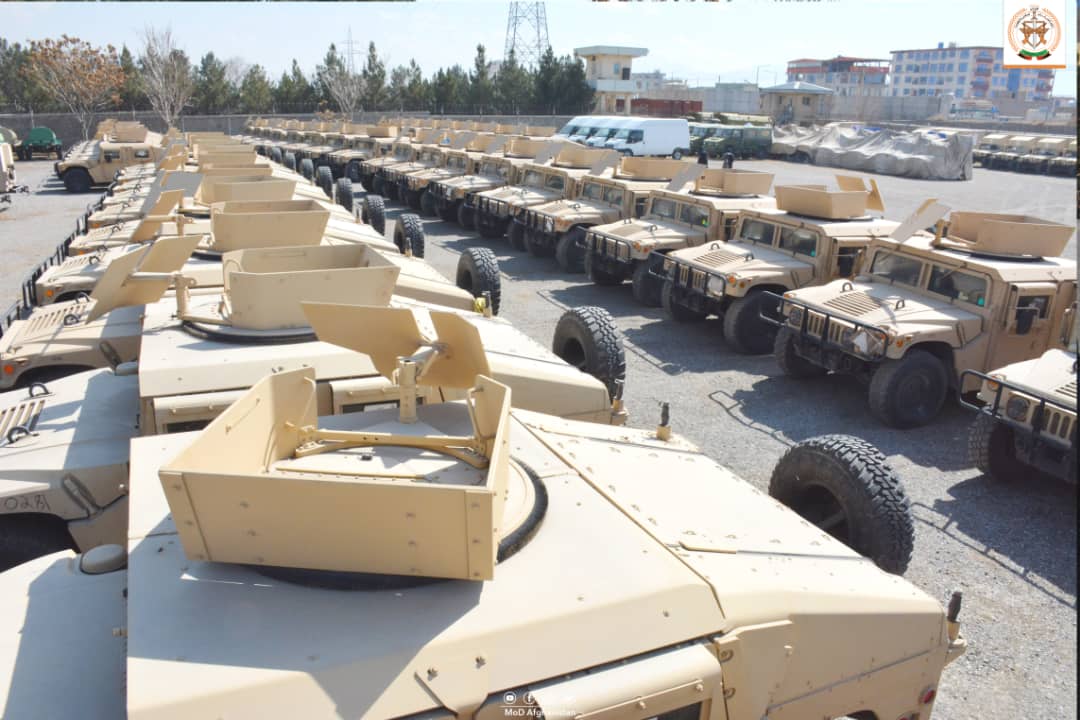 The Taliban administration that is controlling Afghanistan is trying to form an air unit with the helicopters and fixed-wing aircraft left behind by the U.S. forces  in some bases.

According to the MEMRI report, since the Islamic Emirate of Afghanistan (the Taliban organization) took over the country in August, media reports have indicated that they have taken control of military hardware left by the U.S. and other NATO member states.

“There have been concerns that Pakistan, a major patron of the Islamic Emirate, and China, which has trained Taliban fighters in Xinjiang province, would seek to obtain the military hardware left behind by the United States in Afghanistan”.

According to the report, In November 2021, social media reports emerged that military hardware was being transported from Afghanistan to Pakistan. There is unease among Afghans about Afghan military equipment going to Pakistan.

“The smuggling of military tanks and weapons should be stopped. The equipment belongs to the people,” said Shukor Shah, a Kabul resident.

“However, Saeed Khosti, spokesman of the Taliban-led interior ministry of Afghanistan, dismissed these reports, saying: “We completely reject the smuggling of military equipment into Pakistan. No one will be allowed to do it.”

The report says that on August 15, the day Kabul fell, some Afghan pilots and maintenance workers, fearing for their lives, flew their planes out of Afghanistan into neighboring countries.

Ataullah Omari – the commander of Al-Fatah Corps in Balkh province, a jihadi specialist force under the Islamic Emirate – said on December 4: “Those aircraft transferred abroad have been returned to the country. As a result of continued efforts, some of the aircraft were brought back to Afghanistan.”

The MEMRI report says that while addressing a meeting of Kabul airport personnel on December 3, Mullah Mohammad Yaqoob, the Taliban’s acting defense minister and son of late Taliban founder Mullah Mohammad Omar, announced that the Islamic Emirate will establish an air force. “We will establish an air force that will not need the support of the U.S., India, Pakistan, Uzbekistan, and Tajikistan,” Yaqoob said.

For the first time since the Taliban took power, the Taliban-led Afghan air force conducted a military maneuver in the northern province of Balkh on November 29, according to an Afghan media report.

Amanuddin Mansoor, a commander of the air force, said: “In the near future we will collect information from all the airports to see how many active and damaged choppers we have, and also how many pilots we have who are willing to work and how many are not. We request that those who have left the country return and serve their people.”

According to experts at the Israeli-based MEMRI institute the Taliban is seeking help from China to achieve aerial combat capabilities. One of the experts said that China will “be happy ” to assist this Taliban’s effort.

Dr. Mordechai Kedar , an Israeli expert on Islamic issues said that the Chinese want to  have a slice of the wealth of natural resources in Afghanistan.

Kedar added that the Chinese also want to have an influence on Afghanistan as neighboring country. “The Taliban may use the new air unit to attack American targets but they will weigh the retaliation expected from such attacks. The Chinese involvement in this country may also reflect on the Taliban plans to use this capability to attack U.S interstates,” Kedar added.