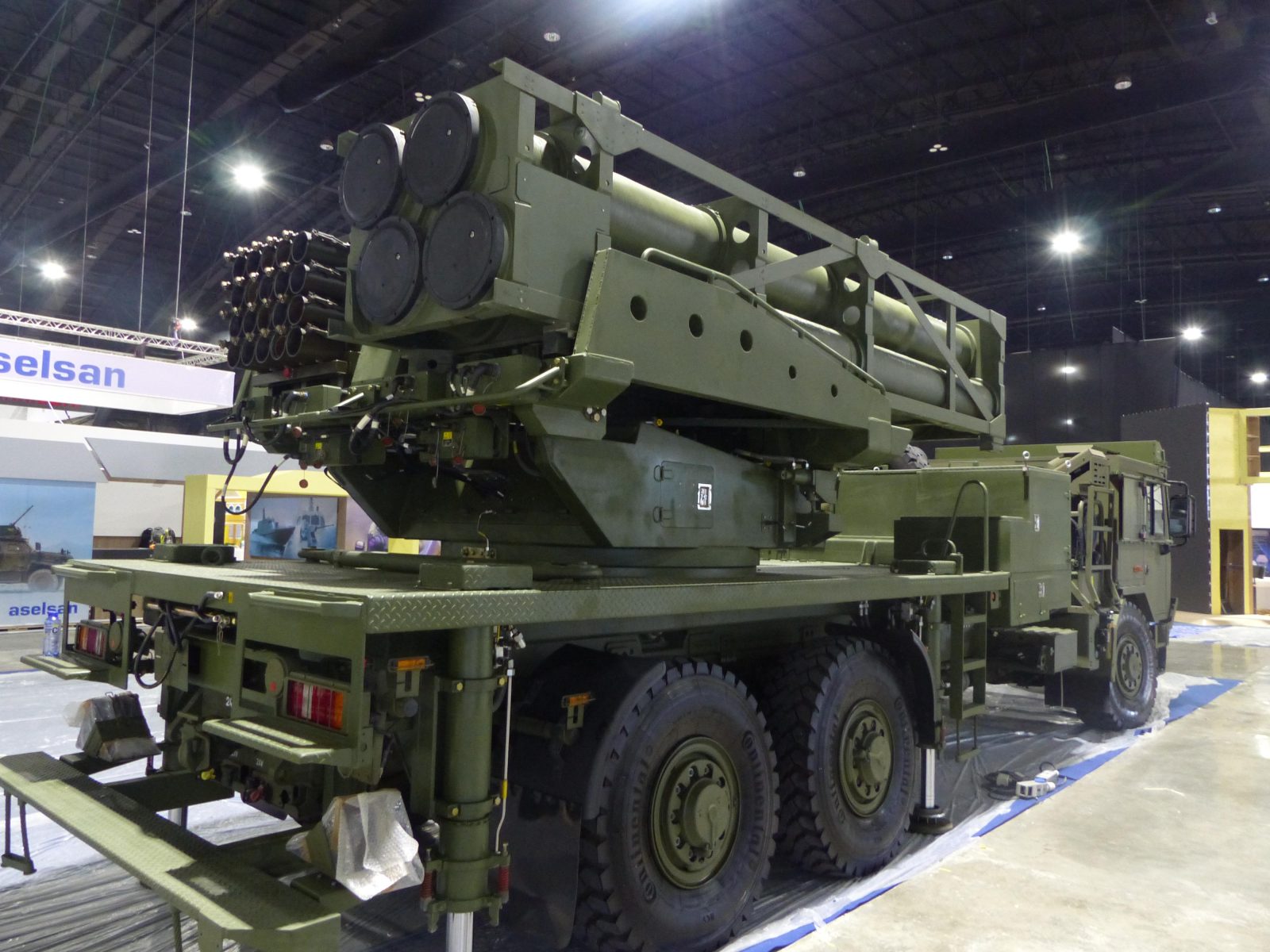 The sole prototype of the system was on display at the show. The Elbit systems rocket and missile launcher is mounted on Czech Tatra multi-purpose truck.