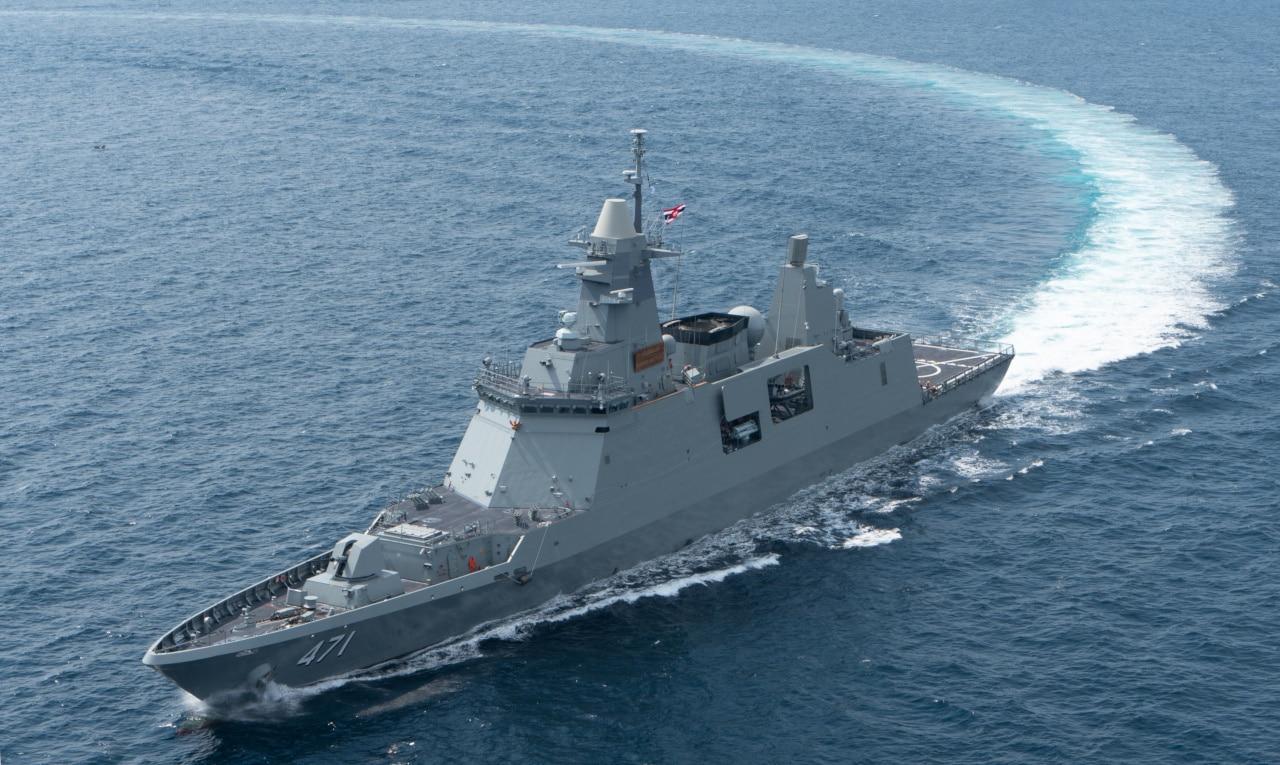 The second ship will likely be in the same class as the previous frigate that was commissioned in 2019. A contract for the frigate is expected to be signed this year.

The potential purchase of the frigate was among the topics discussed at a recent meeting between South Korea’s Defense Minister Suh Wook and the Prime Minister of Thailand, Prayut Chan-o-cha, in Bangkok last December. At the meeting, the Thailand’s Prime Minister, who also is the country’s Defense Minister, said that his country wishes to expand arms industry cooperation with South Korea.

“Thailand is willing to expand the defense cooperation with South Korea omnidirectionally as soon as the COVID-19 trend becomes better,” said Chan-o-cha. “We wish to coordinate with South Korea for detailed cooperation by channeling with the Korean Ministry of Defense and the Defense Acquisition Program Administration (DAPA).”

In response, the South Korea’s Defense Minister cited the frigate project that the RTN acquired from South Korea. In 2013, the RTN ordered a frigate from DSME that was commissioned as HTMS Bhumibol Adulyadej (FFG 471) in January 2019. The frigate was developed based on the South Korean Navy Gwanggaeto, the Great-class destroyer.

The 3,700-tonne displacement frigate mainly differs from the original by applying some radar signature reduction technologies in its construction. With a length of 124 meters, 14.4 meters beam and 8 meters draft, the HTMS Bhumibol Adulyadej (FFG 471) is powered with two 8,000 hp diesel engines and a 29,000 gas turbine engine giving it a maximum speed of more than 33 knots and a maximum range of more than 4,000 nautical miles (7,408 km) at its cruise speed of 18 knots.

Armed with one OTO Melara 76 mm naval gun, and a 20 mm Mk.15 Phalanx Close In Weapon System (CIWS), the frigate will also have a pair of four-tube launchers for eight RGM-84L Block II Harpoon anti-ship missiles, two Mark 54 lightweight torpedo launchers, as well as an eight-cell vertical launchers for a combination of RIM-162 anti-aircraft missiles and RUM-139 VL-ASROC anti-submarine missiles.