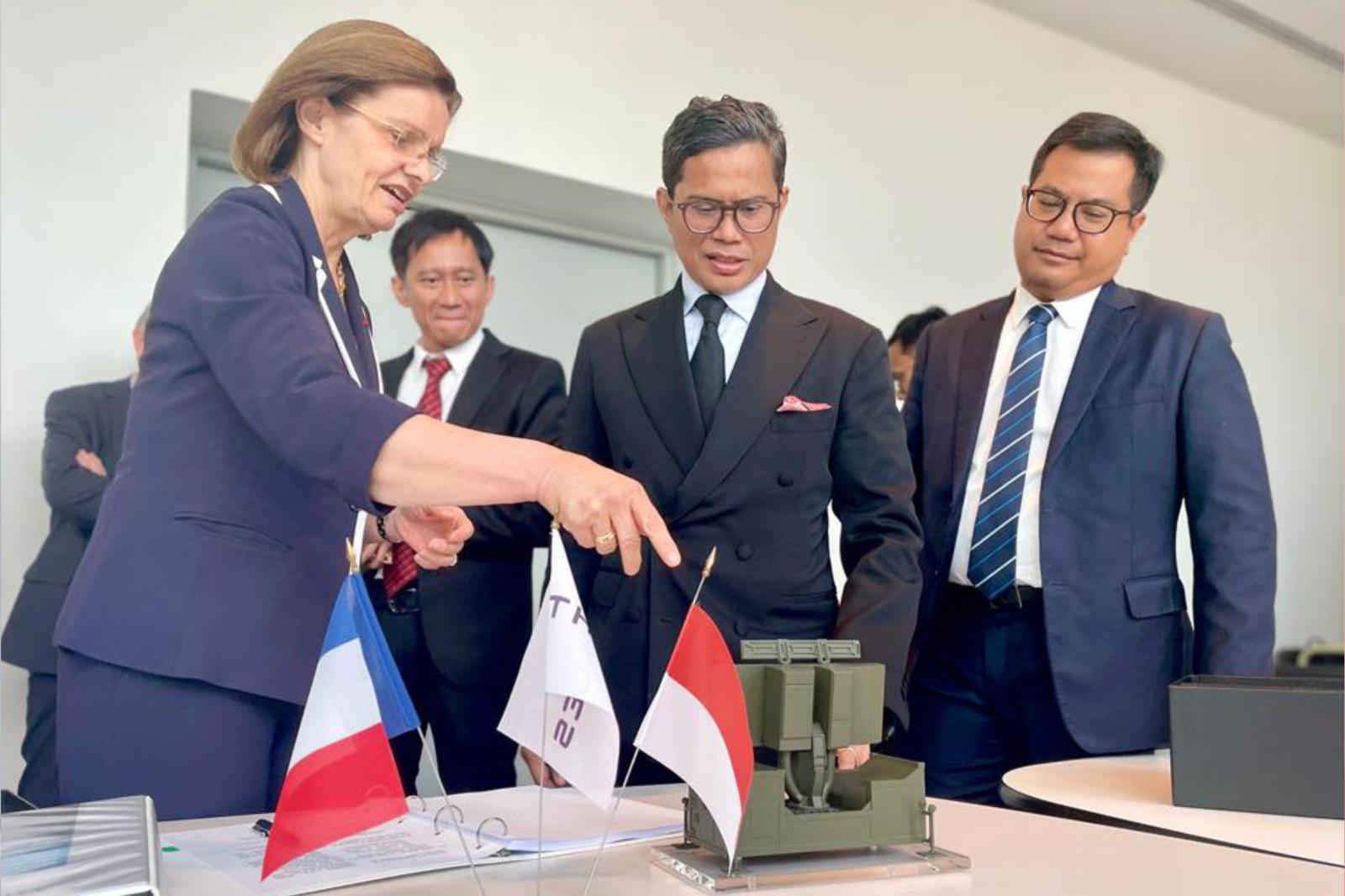 The signing of the agreement also marked the initialization of a strategic partnership between Thales and PT Len in seven key areas, such as radar technology research and development, command & control systems, military satellites, C5ISR, electronic warfare, UAVs, and combat management systems that were announced last April.

“Our working relationship with Thales which dates back several decades gives us the confidence that Thales is the right partner to help us drive Defend ID forward. This new radar contract is a further testament to our strong partnership and aligned vision to build expertise locally,” said Bobby Rasyidin, President Director, PT Len Industri in the joint press release on 31 May. “Through this project, PT Len will be building the next generation of defence engineers in Indonesia,” he added.

“Through this contract, Thales is delighted to help Indonesia safeguard and enhance the sovereignty of its airspace with one of the world’s most advanced air surveillance radars, capable of detecting new threats in a rapidly changing airspace,” said Mrs. Frederique Miller, Vice-President for Sales, Land and Air Systems, Thales. “With this contract and the strategic partnership agreement signed last month, we are excited to deepen our strategic partnership with PT Len to define a roadmap for Indonesia’s defence modernisation, including the development of a national Command & Control (C2) centre and to build local radar MRO activities.”

Thales will supply 13 GM403 radars with PT Len providing support by producing certain radar components domestically. These radars will be installed across the Indonesian archipelago over several years and will be operated by the Indonesian Air Force (TNI-AU) units under its National Air Operations Command (Komando Operasi Udara Nasional/Koopsudnas).

Thales GM403 3D Air Surveillance radar has a maximum detection range of over 500 km and up to 100,000 ft (30,480 m) detection ceiling. Its compact dimension that fits into a 20 ft (6 m) container when packed along with its weight of 10 tons makes it air-transportable using heavy military airlifter such as the C-130 Hercules, or to be mounted on a truck for fast deployment and redeployment.

Thales has touted its GM403 radar can be set up by a four-person crew in one hour as well as its capability to be operated remotely.

It is currently unknown when the deliveries of the radars will be started although TNI-AU is expecting to have all of its radar units operational by 2024.