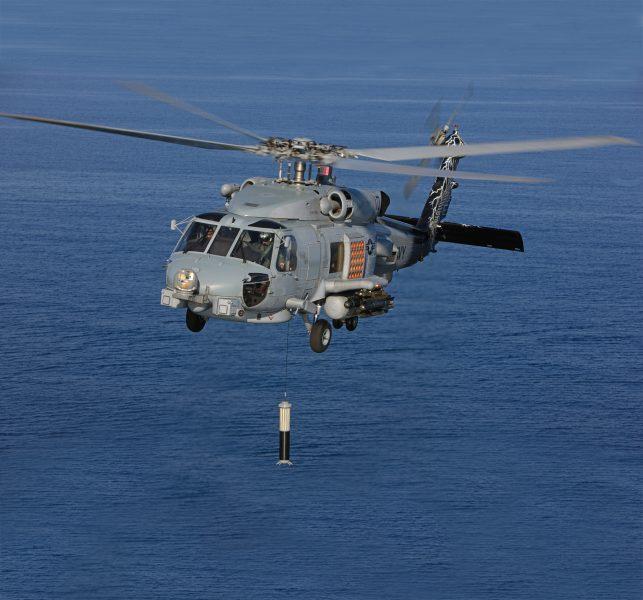 The Indian Government has finalised deals for the purchase of 30 military helicopters from the USA at an estimated cost of US$3.5 billion.

The finalisation of the deal for 24 MH-60R maritime helicopters is a major boost to the Indian Navy, which is suffering a severe shortfall in integral shipborne Anti-Submarine Warfare (ASW) helicopters on its warships.

“We are very pleased to learn that India is moving forward with the purchase of 24 MH-60R multi-mission helicopters. We stand behind the U.S. Navy and look forward to having the Indian Navy become the fourth international country, joining Australia, Denmark and Saudi Arabia, to operate the MH-60R Romeo, the most advanced maritime helicopter in the world,” said Dan Spoor, Vice President, Sikorsky Maritime and Mission Systems in a statement issued after the orders were announced.

“This platform will provide the Indian Navy with the capability to identify, engage, and defeat maritime security threats along with the ability to perform secondary missions including vertical replenishment and search and rescue.”

An important new weapon that will be integrated on Indian MH-60Rs will be Kongsberg’s Naval Strike Missile.

MH-60R deliveries to India are to be completed by 2023. One MH-60B/R Excess Defense Article (EDA) USN legacy aircraft will also be provided.

The other major helicopter order was for six AH-64E Apache’s for delivery to the army starting 2023.

The contract cost is estimated at US$930 Million and will comprise of a  Direct Commercial Sale (DCS) involving supply of the aircraft without engines/sensors, logistic support, spares and services by Boeing. The FMS aspect will be a G2G deal for munitions, training, aircraft certification, engines, radar and Electro Optic (EO) sensors.

“We welcome India’s decision to acquire six AH-64 Apache helicopters and lifecycle services support for the Indian Army. The AH-64E Apache will be a force multiplier for the Indian Army, just as it is today for the Indian Air Force. We congratulate the U.S. and Indian governments on this key milestone and welcome the positive momentum in the bilateral defence trade and industrial partnership.  Through our local entity, Boeing Defence India, we are supporting the P-8I, C-17, CH-47 Chinook, and AH-64 Apache with holistic lifecycle support to assist with India’s defence modernization effort and mission-readiness at competitive costs. This new contract is a testimony to the trust and long standing partnership Boeing has nurtured over the years with our Indian customers and we are committed to delivering on our commitments in the future as well,” Salil Gupte, President, Boeing India said in a statement.

“The Indian Army is looking at acquiring six Boeing AH-64E Apache helicopters as part of a follow-on options order to the deal that the Indian Air Force signed for 22 Apaches, deliveries for which began in July 2019. These are the most advanced attack helicopters in the world. We are excited to say that the fuselage and aerostructures for the Army’s AH-64E will be made at the Tata Boeing Aerospace Limited joint venture facility in Hyderabad,” a Boeing spokesperson tells Asian Defence Technology.

“Boeing has been a strong partner in the mission readiness and modernization of the India’s defence forces. Today, India has 10 CH-47(I) Chinooks against an order of 15 and 17 AH-64E Apaches against an order of 22. Both the Chinooks and the Apaches were inducted by the Indian Air Force in 2019. The delivery of the remaining Apache and Chinooks are all on schedule and will be delivered by the end of 1Q2020.”

To date, more than 400 AH-64E model Apaches have been delivered worldwide and the U.S. Army Apache fleet has accumulated more than 4.5 million flight hours. Boeing has delivered more than 2,400 Apaches across all variants.