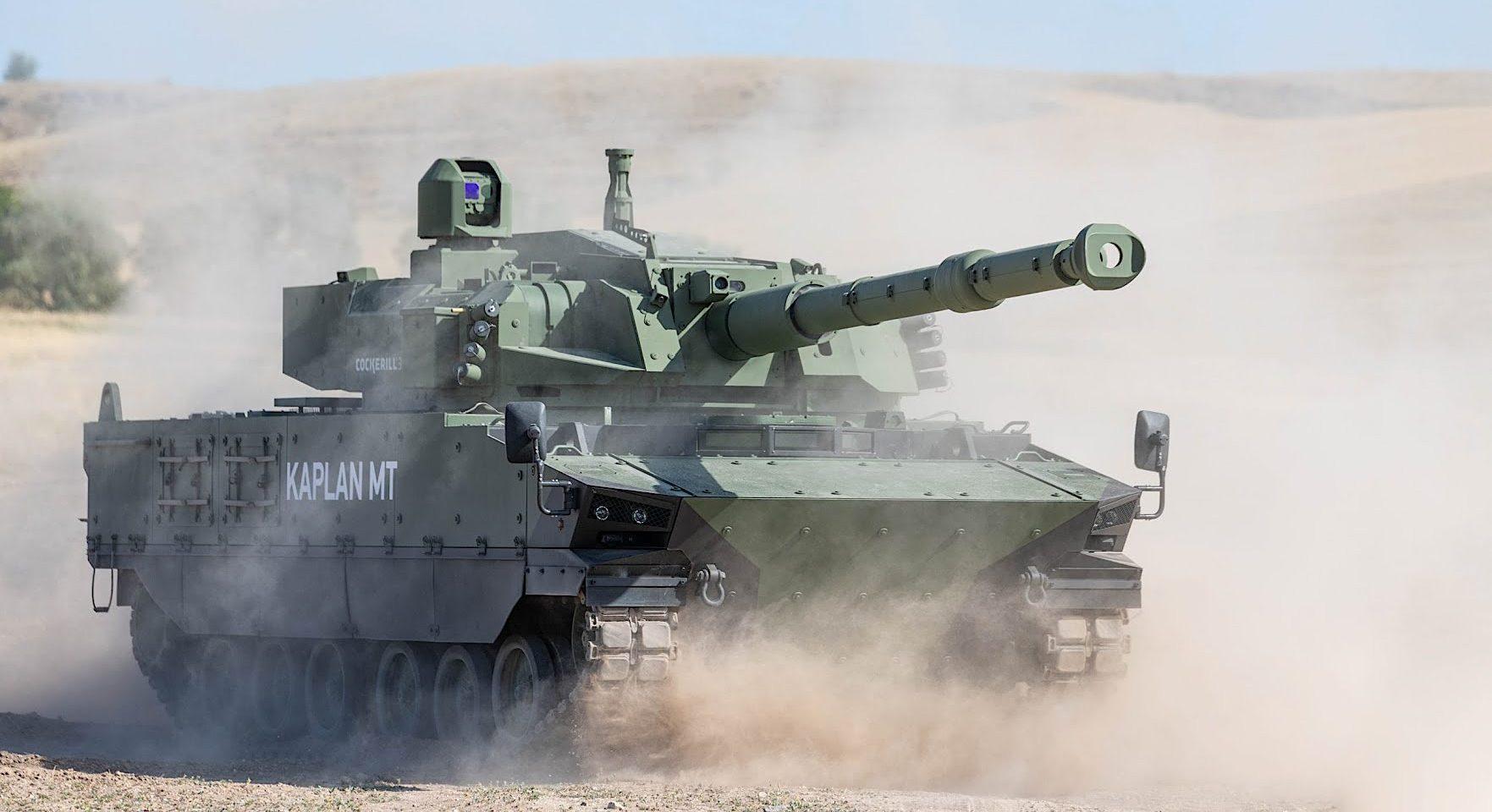 The tank will also be showcased in the IDEF 2021 defence expo that will take place in Turkey from Aug. 17 to 20.

Based on user inputs and experience gained during the testing phase, the “Kaplan MT” as it is called in Turkey or “Harimau” in Indonesia (both mean “Tiger” in English), has received a number of modifications from its earlier version. While the most obvious change is in the front of the tank to improve the driver’s forward view, the handling and overall ergonomics of the vehicle have also been improved. Work has also been done to the tank’s cooling system, suspensions and power transmission resulting in improved overall reliability.

The MMWT project was started in 2015 with the signing of the joint development agreement between Indonesia and Turkey. During Indo Defence 2016 expo in Indonesia, a model of the tank was introduced, followed by the unveiling of the tank’s first prototype during IDEF 2017 in Turkey. Between 2018-2019, many tests were performed in both countries, including mine blast resistance, cross country ability as well as static and dynamic firing tests. The flaws in the prototype’s design that were revealed in the tests have been addressed in the current serial production version.

The Kaplan MT / Harimau is a 35 tonnes tank manned by three crew members. It is equipped with a John Cockerill’s 3105 turret armed with a high pressure rifled cannon that can fire a wide range of NATO’s standard 105 mm ammunitions including, but not limited to, armor piercing, high explosive anti-tank (HEAT), canister rounds and Falarick 105 anti-tank missile with a maximum engagement range of 5,000 meters.

In standard configuration, the tank is protected with a modular armor with STANAG 4 protection level that can withstand 14.5 mm armor piercing rounds fired from 200 meters. If needed, the armor can be upgraded to STANAG level 5 that will make it able to withstand 25 mm armor piercing rounds fired from 500 meters. Powered with a 711 hp Caterpillar diesel engine, the tank is able to cross a 2 meter ditch and about 1 meter of vertical obstacles unaided and reach a maximum speed of about 80 km/h on paved road. The tank’s maximum range on full internal fuel is about 450 km.

The Indonesian Army expects to receive the first serial production series of Kaplan MT / Harimau tanks by the end of the year. Both companies are on schedule to start mass production of the tank starting in 2022.