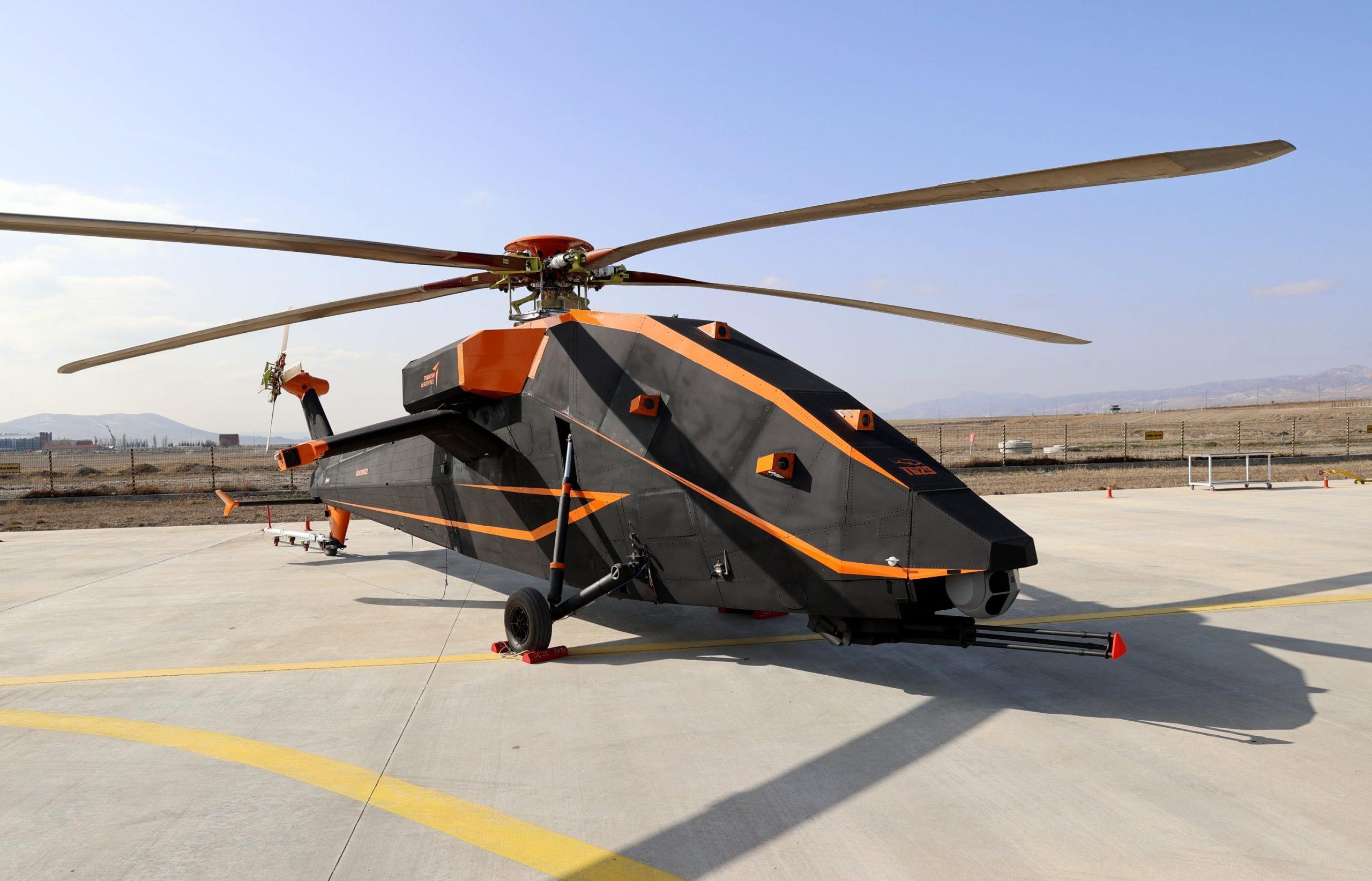 The T629 attack helicopter, which is under development, was exhibited during a ceremony in which Turkey’s General Directorate of Security also received the first T129 Tactical Reconnaissance and Attack Helicopter (ATAK). The T629 helicopter project has been underway since 2017, while the assembly of the first flight model started in 2019.

The T629 Attack Helicopter will be particularly useful for the Turkish Naval Forces Command. It can serve as a platform for search and rescue for the TCG ANADOLU (L-400) amphibious assault ship (LHD), as well as support Turkey’s existing manned T129 ATAK helicopters by flying utility and reconnaissance missions.

“With the increase in numbers and quality of our aircraft, we gain more effective and rapid action not only in the fight against terrorism but also in all kinds of police operational activities, especially against narcotic crimes, organised crime organisations and combating human trafficking,” said Mehmet Aktas, head of the General Directorate of Security.

Similar in silhouette to the two-seat ATAK model, the T629 is expected to weigh 6 tonnes and will be equipped with L-UMTAS anti-tank and 70 mm unguided missiles. TAI has not disclosed any technical details of the new aircraft’s electric propulsion system or other technology used for the prototype.

During the ceremony, Turkey’s General Directorate of Security also received the first T129 Tactical Reconnaissance and Attack Helicopter (ATAK). ATAK,  based on the Agusta A129 Mangusta platform, is designed for advanced attack and reconnaissance missions in hot and high environments and rough geography in both day and night conditions.

“The T-129 helicopters delivered to date have played an active role in security forces’ operations and have  worked as a force multiplier due to their capabilities,” said Ismail Demir, chairperson of the Defense Industries Presidency (SBB).

In recent years, Turkey has proved its ability not only in building platforms but also domestically developing its components and its subsystems,. The  Turboshaft Engine Development Project for the 2nd prototype of domestic helicopter engine (TEI-TS1400) under development, is one of the important steps in this regard.