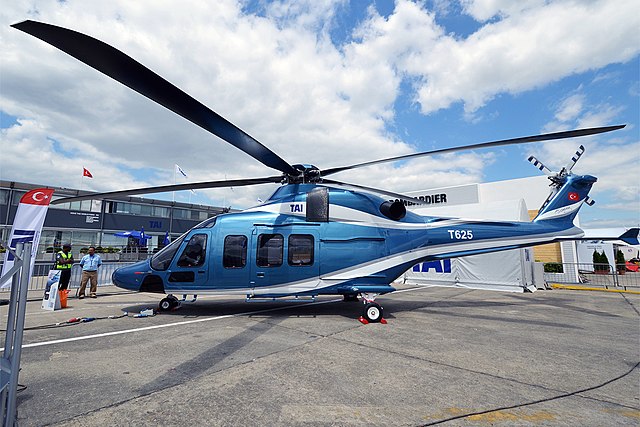 Turkish Aerospace is displaying a prototype of its T625 ‘Gokbey’ helicopter at the ongoing DIMDEX. Turkish Aerospace officials told Show Daily, that the T625 is already generating interest within Qatar for its unique breadth of capabilities, especially related to VIP, SAR, HEMS.

The helicopter can accommodate 12 passengers and two crew in its transport configuration. Gulf Helicopters has expressed interest in the capabilities of the new helicopter as well. The multi-mission helicopter is expected to receive full civilian certification from the Turkey’s Civil Aviation General Directorate (SHGM) in 2024.

The fully functioning prototype features the final avionics fit of the aircraft that will make it to series production, which is supplied by Aselsan and features, synthetic vision, TCAS and GPWS. Turkish Aerospace is due to complete flight testing and hand over the first helicopter to the Turkish Gendarmerie later this year.

The T625 is capable of operating effectively even in the most challenging climates and geographies, at high temperatures and altitudes, in day and night conditions. The helicopter has a fully articulated rotor system, which confers on the helicopter its agile handling characteristics. The first prototype helicopter made its maiden flight in September 2018.