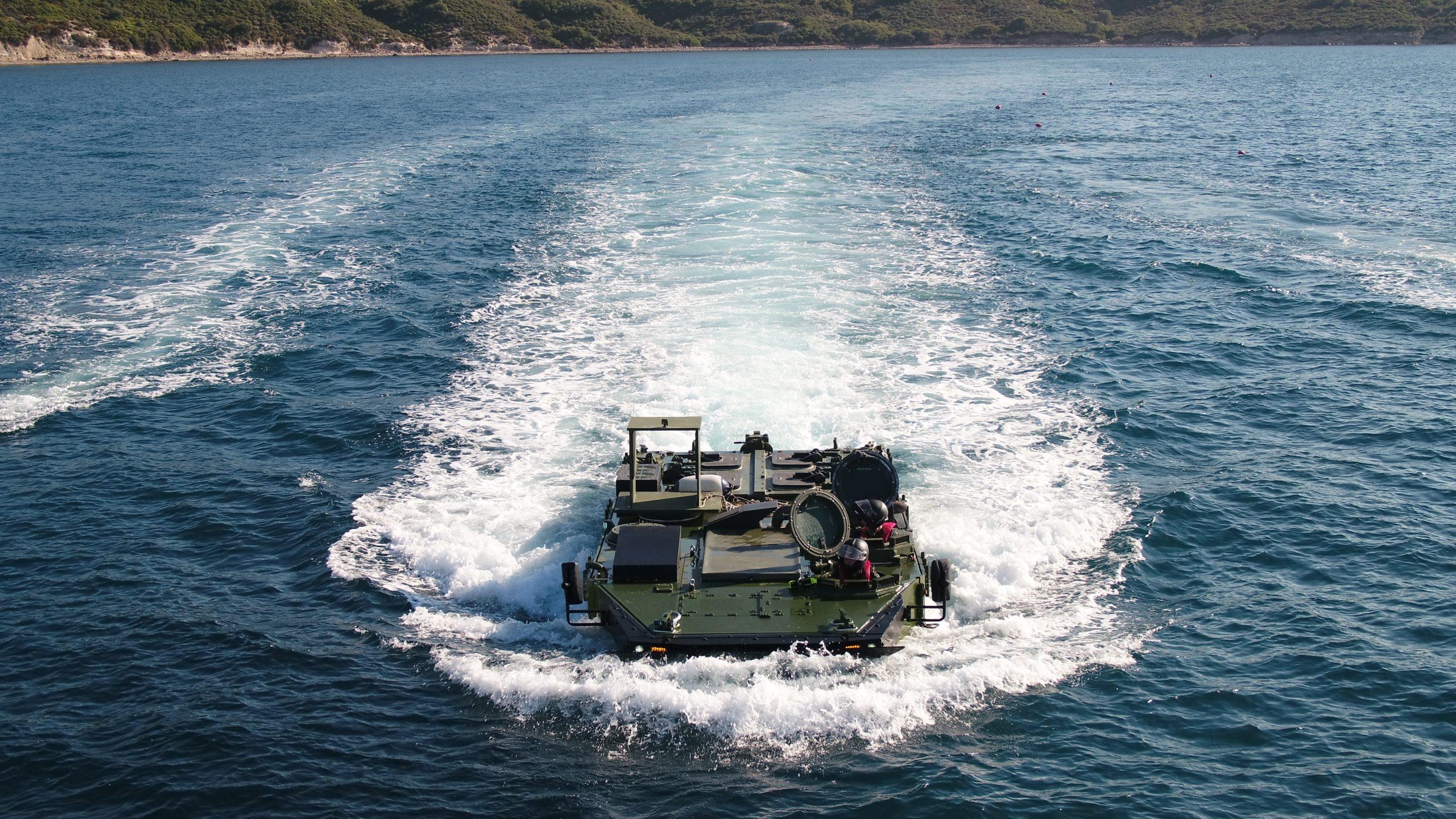 FNSS’ Armoured Amphibious Marine Assault Vehicle (MAV), being developed to meet the amphibious armoured vehicle needs of the Command, is one of the attractions at IDEF 2021.

FNSS will deliver a total of 27 vehicles, including 23 personnel carriers, two command and control vehicles, and two rescue vehicles. The engineering development activities of the MAV have been completed and the qualification phase has begun. The first vehicle will be delivered this year after completing the qualification tests. The project will be completed in 2022.

During the past 2 years, many engineering tests and subsystem qualifications , including durability, performance at sea, performance on land, self-righting, have been successfully completed with the prototype vehicle. The qualification tests will be carried out with the Presidency of Defence Industries and Navy.

MAV is the fastest amphibious vehicle that entered the Turkish Armed Forces inventory. It has all the features and capabilities of both a military land vehicle and a military marine vessel.