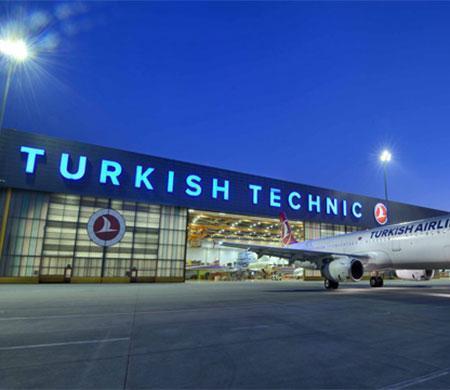 The main and most visible feature of the Turkish Technic maintenance hangars in Istanbul Airport is their superior safety systems. Inside the hangar, there are five 3500gpm fire pumps, 1938 cubic meters of firefighting water storage and 89 foam generators. Therefore, during a potential emergency, pressurized sprinklers with foam are activated automatically via sensors, providing remote firefighting at a moment’s notice to protect the health of the workers on site while bringing the fire under control in a short period.

With the flights resuming in Istanbul Airport, the new center of Turkish Airlines and the aviation industry, Turkish Technic provides its services to its national and international customers in its line maintenance hangars and it will possess the region’s biggest MRO (maintenance, repair and overhaul) facility after the completion of all base aircraft maintenance hangars in construction.

Turkish Technic provides line maintenance support at IATA standards to over 100 airlines 24/7 in 365 days of the year with its 23 stations in Turkey and 44 stations around the world. As one of the world’s biggest MRO centers, Turkish Technic provides A, B, C and D maintenances of all aircrafts and contributes to the significance and reliability of Turkey in the grand scheme of global aviation with its approximately 600,000 m2 indoor space on two continents, 9 hangars, its international maintenance certificates (EASA, FAA), cutting edge equipment and over 7500 technical workers specialized in their fields.