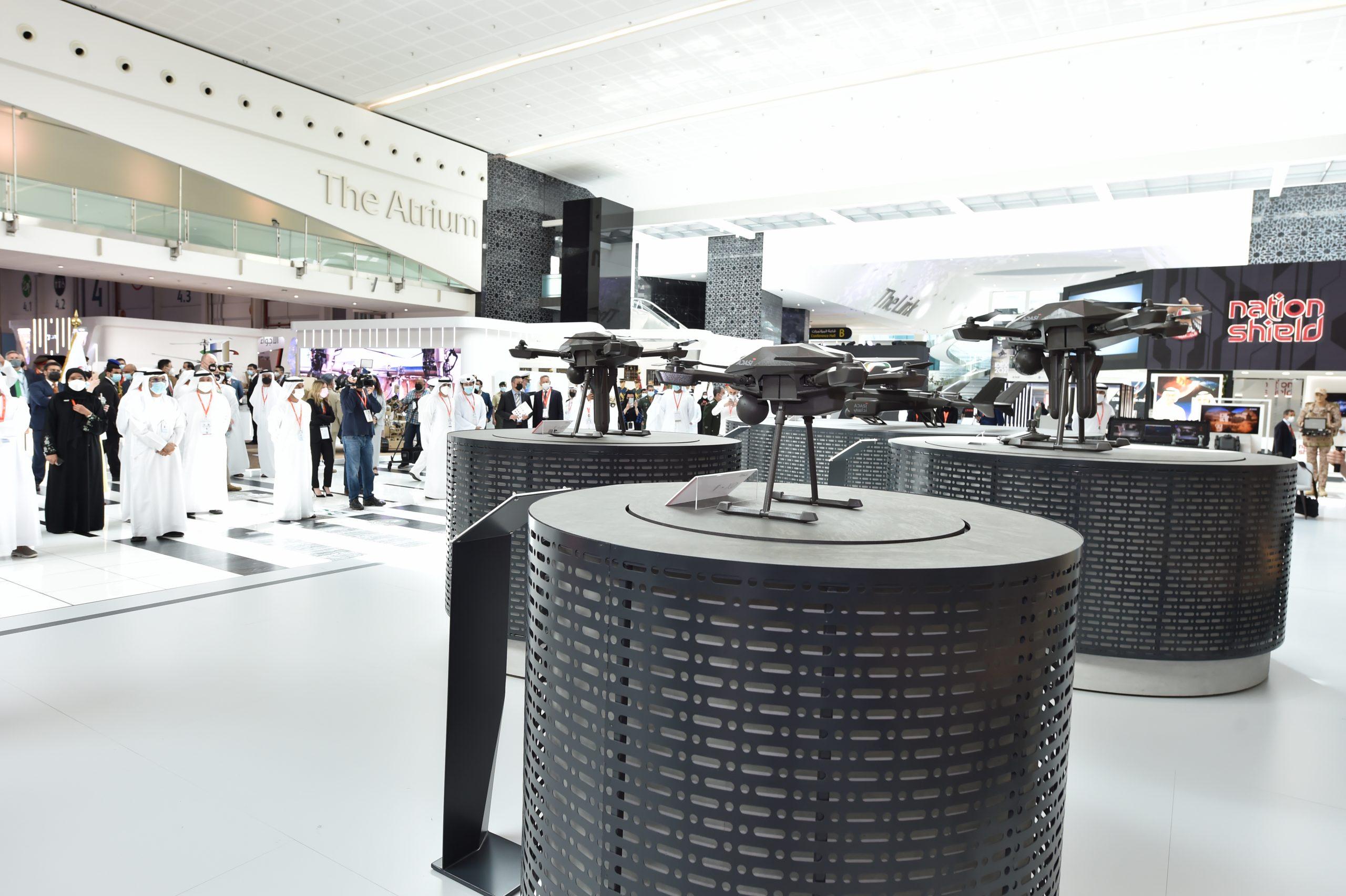 The group of companies also put on display Shadow 50 and Shadow 25, Rash 2 gliding munition kit, as well as new variants of the RW24 range – all designed and manufactured in the company’s first year of operations.

The unveiling of the Class-1 electric unmanned aerial vehicles (UAVs) took place at the EDGE pavilion in the presence of Faisal Al Bannai, CEO and Managing Director of EDGE and Ali Al Yafei, CEO of ADASI.

“Right now, drone technology is revolutionising our world with the full potential of unmanned and autonomous capabilities still to be further explored – not just in the military sector, but the commercial sector too,” said Faisal Al Bannai, CEO & Managing Director, EDGE.

“Through launching the first UAE-made family of smart loitering drones, EDGE marks a significant milestone as a key technology enabler and in boosting the country’s autonomous capabilities and AI integration,” Al Bannai added. “With the future increasingly relying on unmanned systems that provide a higher degree of tactical flexibility, we have invested extensively to fast-track R&D investments in these domains, bringing related products to market with speed.”

The QX family of loitering munitions comprises four products: QX-1, a micro-UAV, QX-2, a mini-UAV, QX-3, a small UAV, and QX-4, which features an impressive vertical take-off and landing (VTOL) fixed wing. The precision-guided systems use sophisticated AI algorithms to target and strike, boasting an accuracy of 1 m CEP (circular error probable) – with an aim similar to laser guided munitions. Built to launch in any environment or terrain, the entire QX family of UAVs are lightweight, man portable, and comprise VTOL capabilities.

The second range of loitering munitions consists of Shadow 50 and Shadow 25. As the name implies, Shadow 50 can carry a payload of 50kg – exactly double its counterpart. Shadow 25 is a high-speed system equipped with a jet engine and boasts a short reaction time. Delivering high precision strike against fixed targets and advanced guidance capabilities, these UAVs leverage Global Navigation Satellite Systems (GNSS) and can fly using video navigation systems in GPS denied Environment.

Also launched on Day 1 of IDEX, the Rash 2 is a fixed-wing guidance kit for mortars and other in-house designed payloads, capable of gliding in flight and directing munitions to ground targets, available in different sizes to accommodate varying payload capacity, range, and endurance. ADASI has secured AED 55 million contract to supply Rash 2 to the UAE Armed Forces, marking the first order of the newly launched product.

Three new additions to the RW-24 range were also launched in time for IDEX 2021. The RW-24 Seeker is equipped with a thermal automatic seeker that enable greater accuracy of engagement of moving targets and increased functionality within GPS-denied environments.