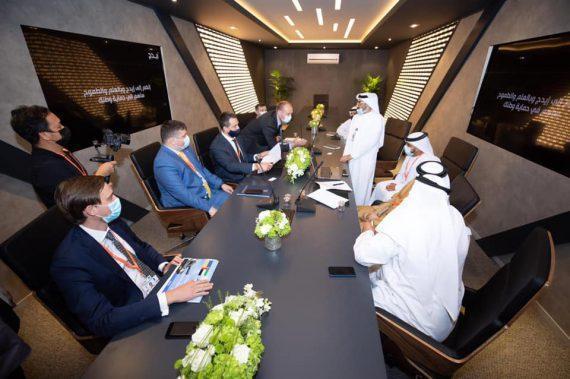 Ukroboronprom is looking to increase its defence cooperation with UAE based firms and its first contract at the IDEX 2021 was inked with EDGE Group for the supply of Ukrainian products.

The strategic Ukrainian manufacturer of armaments and military equipment is keen on expanding cooperation in the field of radar equipment and modernization with Middle Eastern partners.

“In the near future we will intensify bilateral military-technical cooperation between Ukraine and the UAE,” Gusev stated.

Ukroboronprom also inked a contract worth US$85.6 million to repair Pakistan’s T-80UD tank fleet. The new contract is Ukroboronprom’s first for the year.

“We also discussed with the Pakistani side of new orders for delivery in the country Engine 6 TD1 and 6 TD2.”

The Ukrainian delegation also held talks with representatives of the delegations of Uzbekistan, Brazil and Jordan.