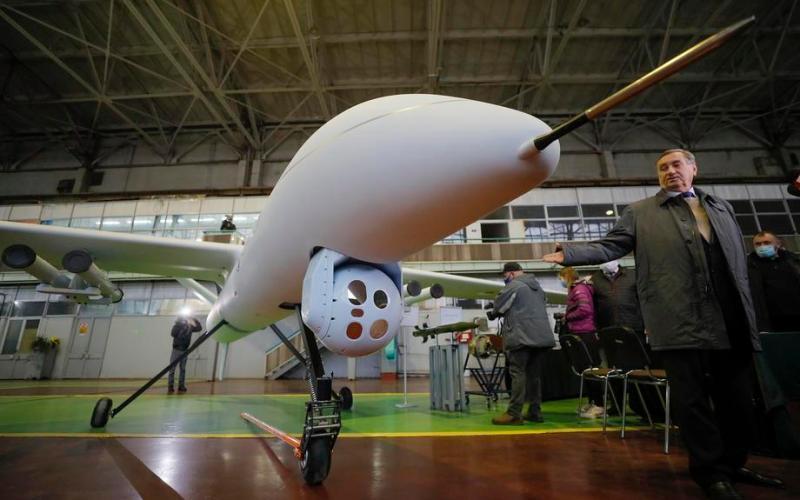 The Sokil-300 unmanned combat aerial vehicle, Ukraine’s new combat drone that made its international debut at the ongoing IDEX 2021, is attracting attention.

Displayed by Ukraine’s military export agency, Ukrspecexport,  the Sokil-300 combat UAV has been developed by the Kyiv-based LUCH Design Bureau. It is a surveillance and reconnaissance UAV has primarily been developed for the Ukrainian Armed Forces but the company is looking for export opportunities.

The Sokil-300 combat drone is weaponized with four guided missiles with a range of up to 10 km. It can carry a maximum payload of 300 kg and has a maximum takeoff load of 1,225 kg. Capable of attaining a maximum speed of 335 km/h, the drone has a wingspan of 14m and a length of 8.57m.

According to the company, the baseline version of the drone  includes the MC-500B engine manufactured by Motor Sich  while the advanced version features the Austrian, turbo-charged Rotax 914 engine. The advanced version has  maximum flight time of 26 hours and is capable of covering a distance of 3,300 kilometers (2,050 miles).