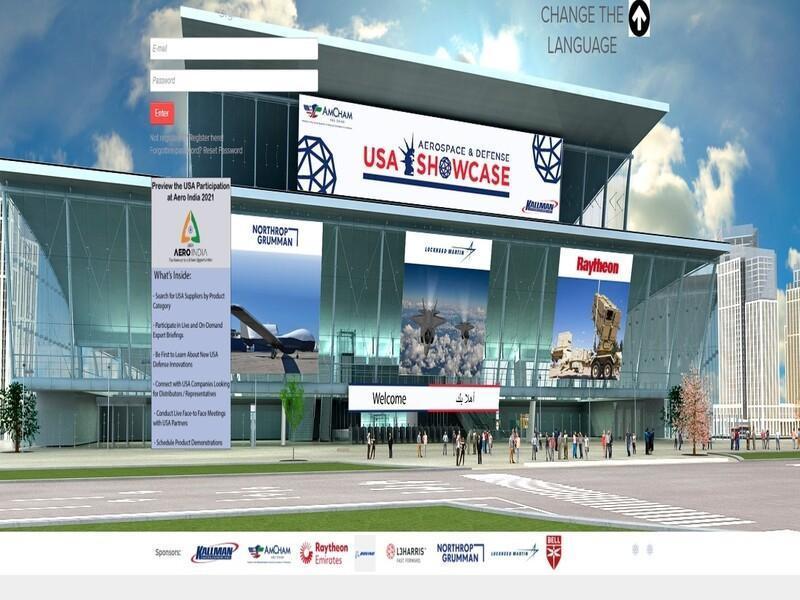 With the ongoing pandemic causing the cancellation of a large number of tradeshows in different parts of the world, Kallman Worldwide has unveiled the “USA Showcase Series,”  a Commercial Media Platform (CMP) that is designed to provide U.S. aerospace and defence companies global exposure for their products and capabilities.

The  CMP, the first one of its kind in the U.S.,  was officially inaugurated  on Monday. Heidi Grant,  Director of the Defense Security Cooperation Agency  (DSCA), Diane Farrell, Deputy Under Secretary for International Trade, U.S. International Trade Administration, Liz Beneski, Executive Director of  AmCham Abu Dhabi, Amandine Crabtree of the Washington State Department of Commerce,  and Tom Kallman, President and  CEO of Kallman Worldwide,  spoke at the virtual event.

Airborne Systems, which delivered the parachute system that helped the Perseverance Rover land on Mars, is one of the 150 U.S. companies that have joined the online commercial platform. The company received the inaugural U.S. Aerospace and Defence Showcase outstanding exhibitor award for its role in the Mars exploration program. Kurt Hempe, Director, Space and Inflatables business unit at Airborne Systems, and Maria Holman, marketing events specialist at the company, spoke.

The idea of the CMP came about after the Paris Airshow was officially called off in December last year, said Kallman. “The COVID-19 pandemic not only grounded our fleet of aircraft but also the trade show industry. In 2020 and the first half of 2021, with the cancellation of trade show after trade show, the U.S. aerospace and defence industry lost opportunity after opportunity to promote ourselves in every market in the world.”

The new  platform would help not only OEMs but also small and super-small American companies in the sector, Kallman added.

Although the aerospace industry’s trade balance fell from US$78 billion in 2019 to US$40 billion in 2020, the industry continues to hold the highest trade balance of all U.S. manufacturing industries, Farrell said. The aerospace and defence industries are among the most globally integrated sectors and the ability to connect with suppliers and customers in key markets is critical, she added.

The CMP, which is aimed at helping U.S aerospace and defence companies connect globally,  provides networking opportunities not just during trade shows but throughout the year.  More than 150 U.S. firms and 550 industry professionals from the U.S. and other countries are part of the media platform. Kallman Worldwide plans to use the CMP as a preview platform for trade events it works on in the future.