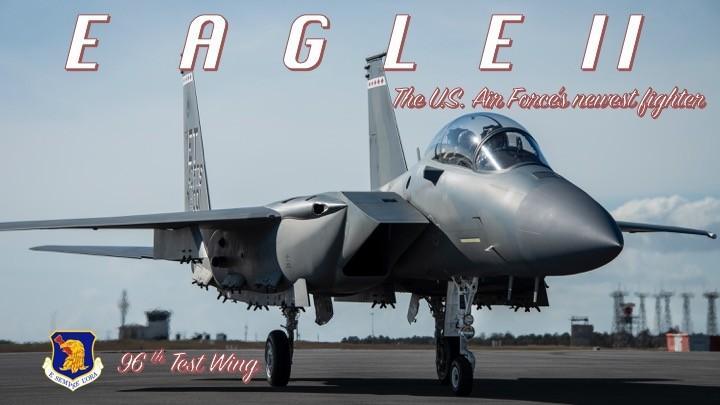 The U.S. Air Force’s newest fighter has been named the F-15EX Eagle ll.

The announcement was made by Lt. Gen. Duke Richardson, Office of the Assistant Secretary of the Air Force for Acquisition, Technology Logistics Military Deputy, who presented the F-15EX in an unveiling yesterday.

The EX is the first USAF aircraft to be completely tested and fielded through combined developmental and operational test efforts.

The goal is to increase the F-15 fleet fighter readiness, while the official role of the F-15EX Eagle ll is to meet capacity requirements while bringing diverse technology ensuring the platform’s relevance for decades to come.

The USAF officially accepted its first F-15EX from the Boeing on March 10 at the company’s St. Louis facility.

“Undefeated in aerial combat, the F-15 Eagle epitomized air superiority in the minds of our enemies, allies, and the American people for over 45 years, but it was not meant to fly forever. We heard the demand signal from our warfighters,” said Richardson. “I’m pleased to say we’ve responded boldly and decisively, with a proven platform that’s modernized and optimized to maintain air superiority now and into the future.”

The 96th TW and the 53rd Wing are set to start test and evaluation efforts of the new fighter and the 85th Test and Evaluation Squadron will work closely with the 40th Flight Test Squadron to integrate testing, start to finish.

“Team Eglin and the 96th Test Wing are proud to be a part of the rich history of this legendary aircraft, ” said Brig. Gen. Scott Cain, 96th Test Wing commander.

The 173rd Fighter Wing at Kingsley Field Air National Guard Base is in line to be the first F-15EX formal training unit in 2024.

“Since 1985 the F-15 has had a home in the Guard and Guard Airmen have flown these amazing aircraft both in the defence of the homeland and in every major international conflict since the first Gulf War in 1991,” said Lt. Gen. Michael Loh, Air National Guard director.