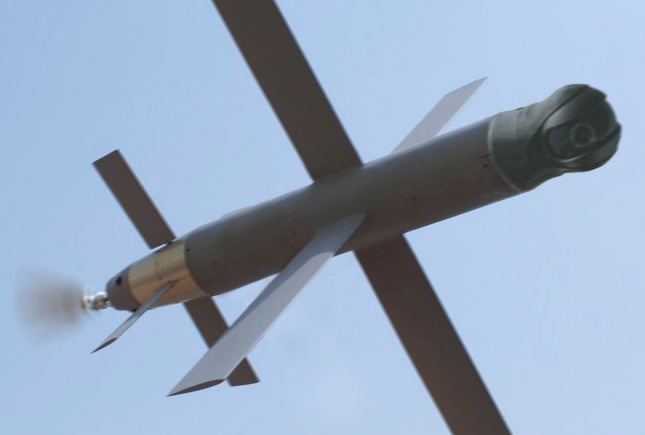 The wide use of Loitering Weapons Systems in some of the recent Israeli Defense Forces (IDF) operations is attracting attention from the US Armed Forces. This is why Israeli company Uvision is accelerating its efforts to supply its loitering weapon systems to the US Armed Forces.

The Americans have been exposed to the operational use of loitering weapon systems by the Israeli defense forces. “They have received very comprehensive details,” an Israeli source told Breaking Defense.

UVision will present its HERO series of Loitering Munitions at Modern Day Marine for the first time. Among other things the company will demonstrate an integrated solution based on a multi-canister launcher mounted on an Oshkosh JLTV (Joint Light Tactical Vehicle).

According to Jim Truxel, CEO of UVision USA and former Marine, “As pioneers in the area of Loitering Munition Systems, UVision is responsive to the rapidly changing needs of modern battlespaces. The company’s solutions are optimized for a variety of platforms, applications and scenarios ‒ delivering advanced capabilities that ensure combat superiority as well as survivability for even the most complex missions.”

UVision will present the Hero-120 as well as the Hero-30 with multi-canister launcher mounted on an unmanned vehicle.

In addition, the company will show an integration of the Hero-120 and Hero-400 C multi-canister launcher mounted on board the Oshkosh JLTV.

The live demonstration of the different systems competing for the contract, is expected now for early 2020.

The US Army plans to allow infantry soldiers to attack targets beyond line of sight by themselves by using miniature loitering weapon systems.

Until now, the army purchased the Switchblade system manufactured by AeroVironment.

This system is designed to engage stationary and moving targets in hostile environments, while reducing collateral damage.

But the army needs a more advances systems and in 2016 began a selection process.

The LMAMS program is aimed at selecting 25,000 loitering weapon systems in a 15 year period.

According to the contract if the Hero-30 is selected, Raytheon will serve as the main contractor.

The special derivative of the Hero-30 loitering weapon system will be lighter and will carry a smaller warhead but will be capable of hitting the target very accurately with a 1.2 pounds warhead.

The current version of the Hero-30 weapon system, weighs 6.5 pounds and carried in a canister, that is used also as a pneumatic launcher. After launch the electric motor is turned on.

The HERO-30 is equipped with a day/night sensor and has an endurance of 30 minutes. The company is working on extending the endurance.

After the HERO-30 is launched it locks on the predesigned target and transmits the video to the operator using a hand held unit.

The HERO-30 is loitering in altitudes between 1000 and 2000 feet above the ground. The data link that was developed for the system can control it in ranges of 6 to 25 miles, depending on the antenna used.

In the meantime the Hero- 30 was purchased by some unidentified armed forces.

The Israeli company has recently developed a new launcher for the Hero-30.

According to the company, the newly configured launcher offers reduced system weight, greater safety and ease-of-use during launch, and can be easily mounted on military platforms. Its pneumatic launch, low noise and low thermal signature make the Hero-30 an invisible, high-precision surprise and lethal attacker, providing a major asset to the fighting force.

The Hero-400EC system is the latest version exposed by the company.

The larger system has a unique cruciform aerodynamic design which according to the Israeli company delivers high-accuracy and reduces collateral damage.

Uvision says that the Hero -400 EC’s electric motor enables it to loiter silently above a target, ready to instantly respond to pop-up threats.

According to UVision, the system was developed to answer a growing operational requirement for a loitering weapons system that can  remain in the air for extended periods of time, provide a substantial warhead effective against a wide variety of targets, and also deliver missile-level pinpoint strike capabilities. “The Hero-400EC answers these critical needs.”

The company says that the Hero-400EC is a revolutionary Loitering Munition System using man-in-the loop technology and advanced Electro-Optical/Infra-Red (EO/IR) payloads that can locate, track and strike static or moving targets with pinpoint accuracy and surprise. The system features a low noise and thermal signature modular multi-tube launcher that is adaptable to a wide range of platforms, thereby offering air, land, and sea capabilities.

Uvision says that the abort capability allows automatic reentry into the loitering mode, re-engagement of the enemy, or return to the recovery area using a parachute.

The Hero-400EC has a maximum take-off weight of 88 pounds and a warhead weight of22 pounds, with an endurance of up to 2 hours.