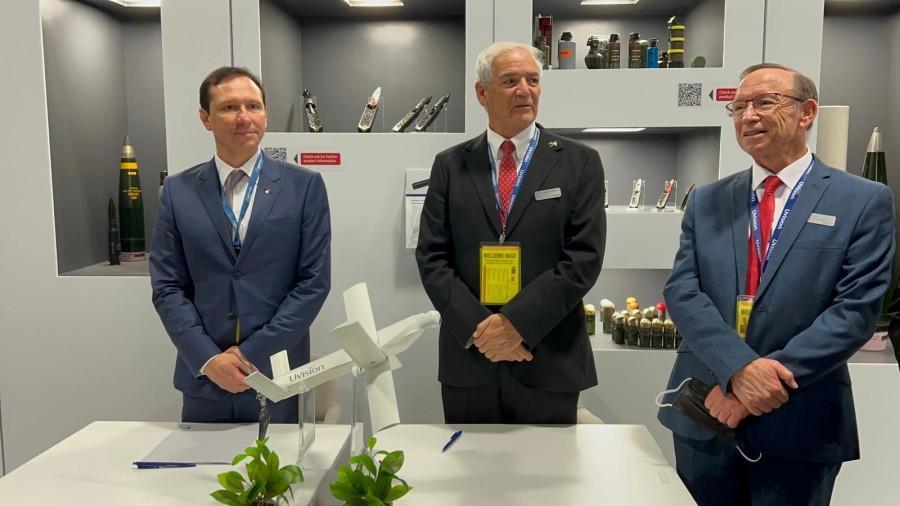 Israel-based UVision and Rheinmetall have signed a strategic partnership agreement to offer “end-to-end solutions for loitering munitions to the armed forces of Europe.”

According to the contract that was signed during AUSA 2021 that concluded on Wednesday, the UVision Hero family of loitering munitions will be integrated with the Rheinmetall range of crewed and uncrewed vehicle platforms, launchers, battle management systems and armoured vehicles such the Lynx IFV.

At the event, UVision also unveiled a new multi-canister launcher (MCL) to simplify the launch of different models of Hero, each of which is designed for different types of operation. The company also presented a simulator for Hero.

The multi-canister launcher gives field forces operational flexibility as it enables them to choose and launch the most suitable system depending on the nature of the mission and target – from the Hero-30 for smaller ‘surgical’ attacks, through the Hero-120 for medium-sized and armored targets, up to the Hero-400 for long-range and fortified targets.

For unprecedented attack capability, the new MCL enables combat forces to launch and operate the munition from within the platform, and engage targets at tactical ranges in excess of 75 km. The MCL is designed for modular adaptation to various types and sizes of platform, from armored vehicles to large, medium, and small watercraft, manned or autonomous.

UVision was recently awarded a contract to supply the Hero-120 aerial loitering munition and multi-canister launchers to the United States Marine Corps for its ‘Organic Precision Fire Mounted’ (OPF-M) program.