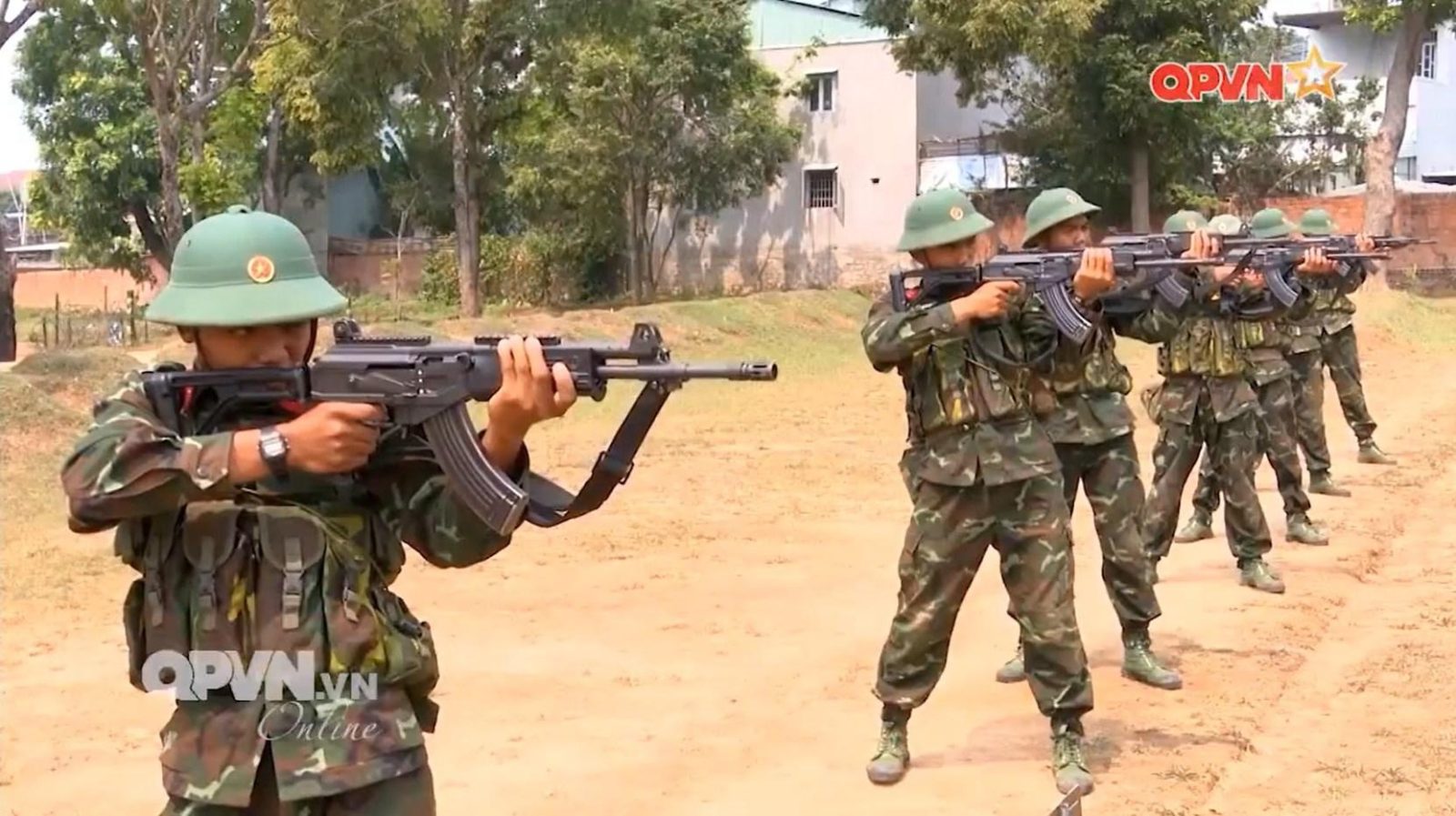 The STV(Súng Trường Việt Nam/Vietnam’s Rifle)-380 assault rifle is produced by the state-owned Z111 Factory. The gun is developed from Israel’s IWI Galil ACE 31/32 which the VPA has acquired in 2014 together with a license to produce it in Vietnam. The STV-380 is the result of the Z111 Factory’s modification to the IWI Galil to better suit the average Vietnamese soldier’s posture as well as to perform better in the country’s climate and terrain.

Furthermore, a decision was taken to keep the same caliber as the AK-47 and AKM rifles as well as the ability to use the standard AK-47 magazine to assure a smoother transition to the STV-380.

In 2019, the Z111 Factory revealed STV-215 and STV-380 with the numbers indicating barrel length in millimeters. Both versions have been adopted by the VPA as the service’s standard-issue assault rifle since 2021.

The STV-215/STV-380 is a gas-operated, rotating bolt assault rifle with a milled receiver chambered in 7.62×39 mm. With an empty weight of around 3.6 kg, it features an FN FAL styled folding stocks and is fitted with Picatinny rails to mount sights, hand grips, grenade launcher, and various other firearms accessories. Its standard magazine is an AK-47/AKM-style 30-rounds magazine.

The rifle’s rate of fire is officially stated as 700 rounds per minute with a muzzle velocity of about 700 m/s.