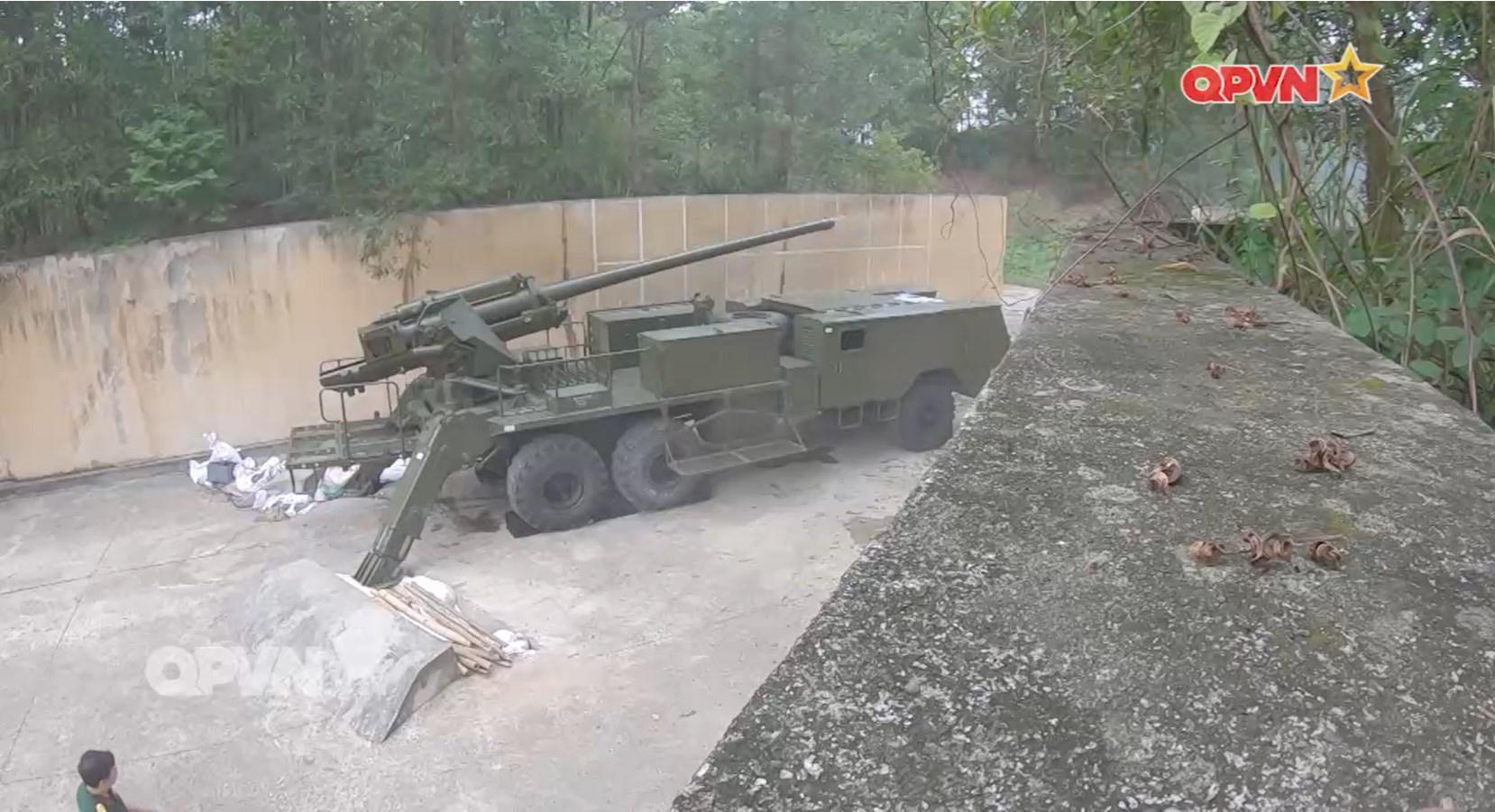 The Army unveiled the SPH in video footage from QPVN, Vietnam’s national defense television channel on Oct. 27. The video showed what appears to be an M-46 130 mm field gun, a cold-war era artillery piece produced by the Soviet Union from 1951 to 1971, mounted on a heavily modified KrAZ-255 6×6 truck chassis.

The whole system bears resemblance to Cuba’s Jupiter V SPH. According to reports, Vietnam’s version was developed with Cuba’s assistance. It is also known that its development was carried out by the country’s Military Technical Institute since 2017.

While the news source did not mention detailed specifications of the SPH, international observers have calculated that the total weight of the SPH is between 20 to 23 tonnes. The gun’s performance itself is likely unchanged from the original M-46 towed artillery with an elevation range between -2.5° to 45°, traverse angle of 50°.

The gun fires separate-loading charge-and-projectile ammunition with a dimension of 130 x 845 mm with a maximum firing range of 27.5 km (38 km with a rocket-assisted projectile), and a rate of fire between 5 to 8 rounds per minute – depending on fire mode.

If the power plant remains unchanged, the modified KrAZ-255 truck base will be powered by a 240 hp diesel engine giving it a maximum speed of about 70 km/h on paved road and a maximum range of around 450 km on full internal fuel.

It is currently unknown how many of the PTH130-K225B SPH will be acquired by the PAVN.