Volocopter Performs First Crewed Public eVTOL Flight in the US 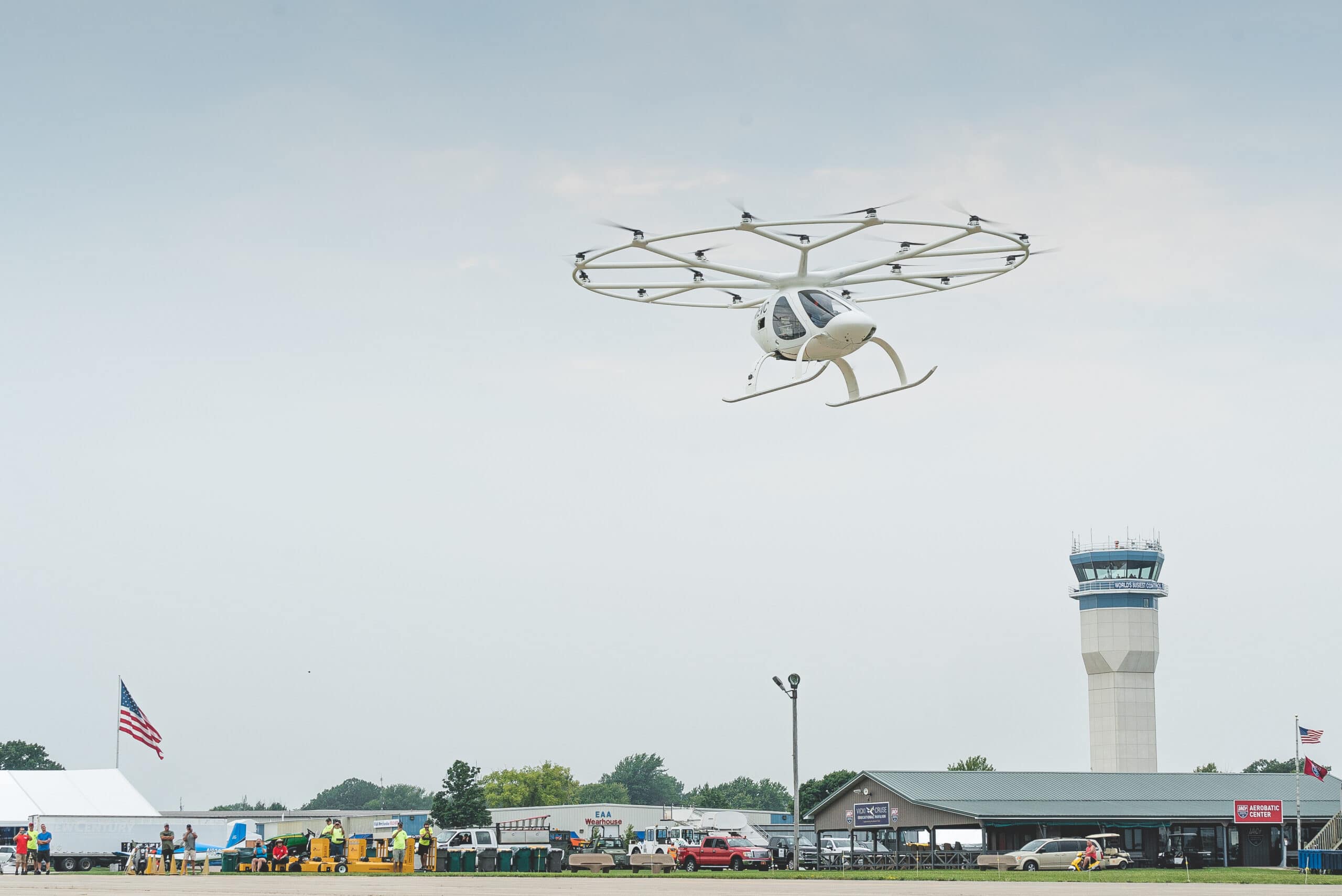 Volocopter, a major player in the urban air mobility (UAM) sector, flew at the Experimental Aircraft Association’s (EAA) AirVenture 2021 in Wisconsin on Tuesday.

The Volocopter 2X flight was the first ever public crewed test flight of a fully electric vertical take-off and landing (eVTOL) air taxi in the US. The successful flight marks a key milestone in Volocopter’s plan to raise awareness of air taxis among populations around the globe and is critical to the long-term success of delivering advanced air mobility (AAM) and urban air mobility (UAM) solutions.

The crewed Volocopter 2X took off at 2:45 PM CST for a 4-minute flight at ~164 ft and a top speed of 18 mph over Wittman Regional Airport as part of EAA’s AirVenture aviation celebration.

“Volocopter successfully conducting the first US public manned test flight of an eVTOL company in the US is a milestone for the industry and a reminder that our commercial launch is fast approaching,” said Florian Reuter, CEO, Volocopter. “We can talk about our lead in certification, low noise emissions, and global partnerships all we want, but nothing shows just how close we are to launch UAM as a service as does flying an air taxi in front of crowds and inviting people to sit in our aircraft. Air taxis are coming, and we are working to bring electric flights to cities around the globe in the next two to three years.”

Volocopter is the only eVTOL developer with a family of electric aircraft for passengers and goods. The aircraft family includes aircraft for both long and short distances within cities and beyond (VoloCity and VoloConnect air taxis and VoloDrone heavy-lift drone).The company is partnering with global industry leaders to offer the whole operating UAM ecosystem, including infrastructure and the digital backbone (VoloPort and VoloIQ) to integrate services into existing transport systems in cities.