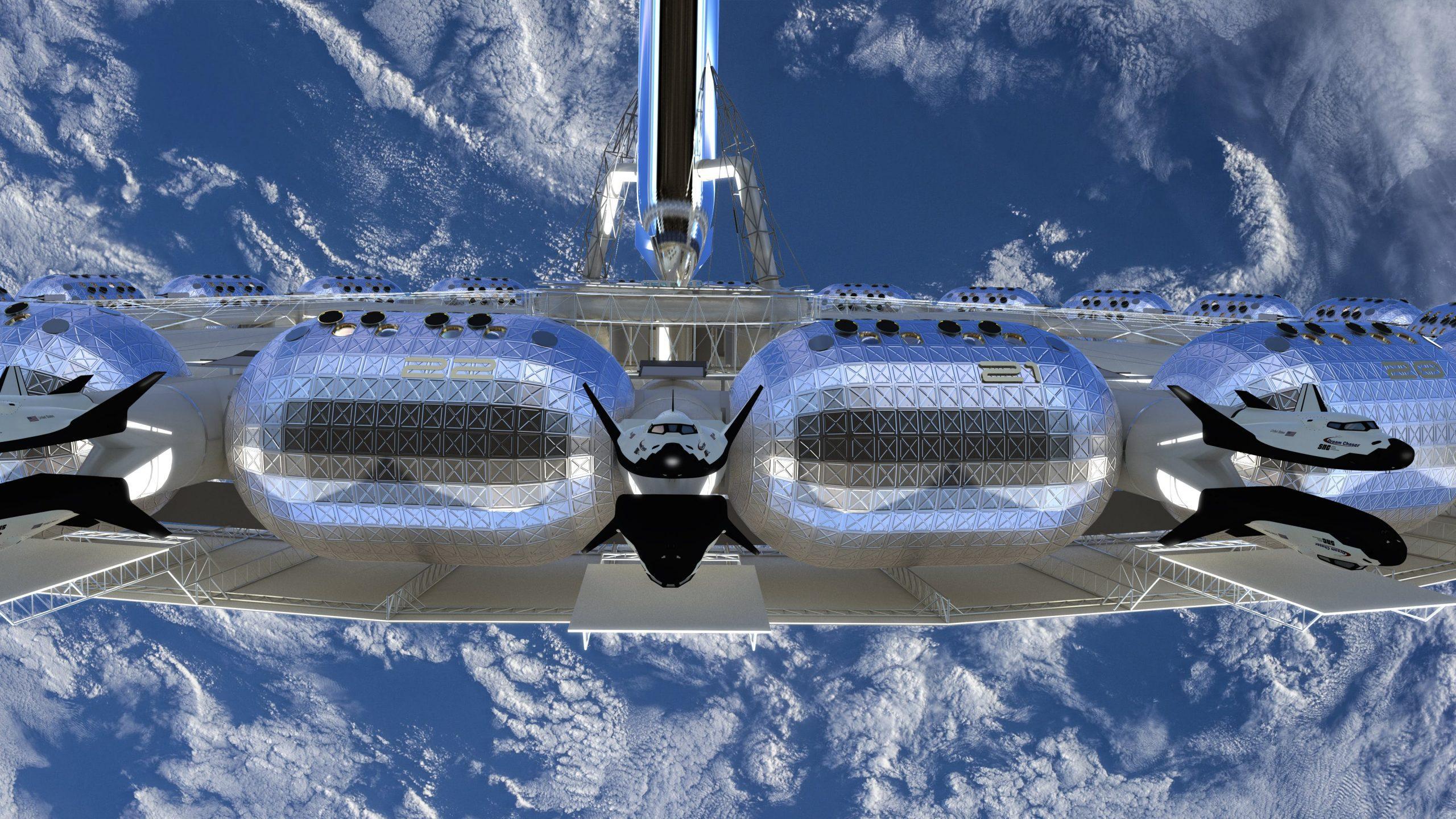 Construction of a a cruise ship-style hotel in space, to be built by Orbital Assembly Corporation, a construction company run by former pilot John Blincow,  is expected to begin in 2026.

Blincow also heads the Gateway Foundation, which is spearheading the initiative.  The idea to build a hotel in space was first made public in 2019 by the foundation.  The hotel, which was then  called the Von Braun Station, now has a nerw name – Voyager Station,

Voyager Station, which will comprise 24 modules connected by elevator shafts that make up a rotating wheel orbiting the Earth, is  scheduled to be fully operational by 2027, BIincow recently told CNN in an interview.

“We’re trying to make the public realize that this golden age of space travel is just around the corner. It’s coming. It’s coming fast,” Blincow said.

The plans for the space hotel comes at a time when space tourism is close to becoming a reality, with Virgin Galactic planning to operate commercial space flights in 2022.  Elon Musk’s SpaceX also working actively to corner a chunk of the space tourism pie.

“We cannot call SpaceX our partner, but in the future we look forward to working with them,” Blincow told a recent live event promoting Orbital Assembly, advising viewers to “hang tight.”

The team behind Voyager Station says it hopes to eventually make a stay at the hotel equivalent to “a trip on a cruise or a trip to Disneyland.”