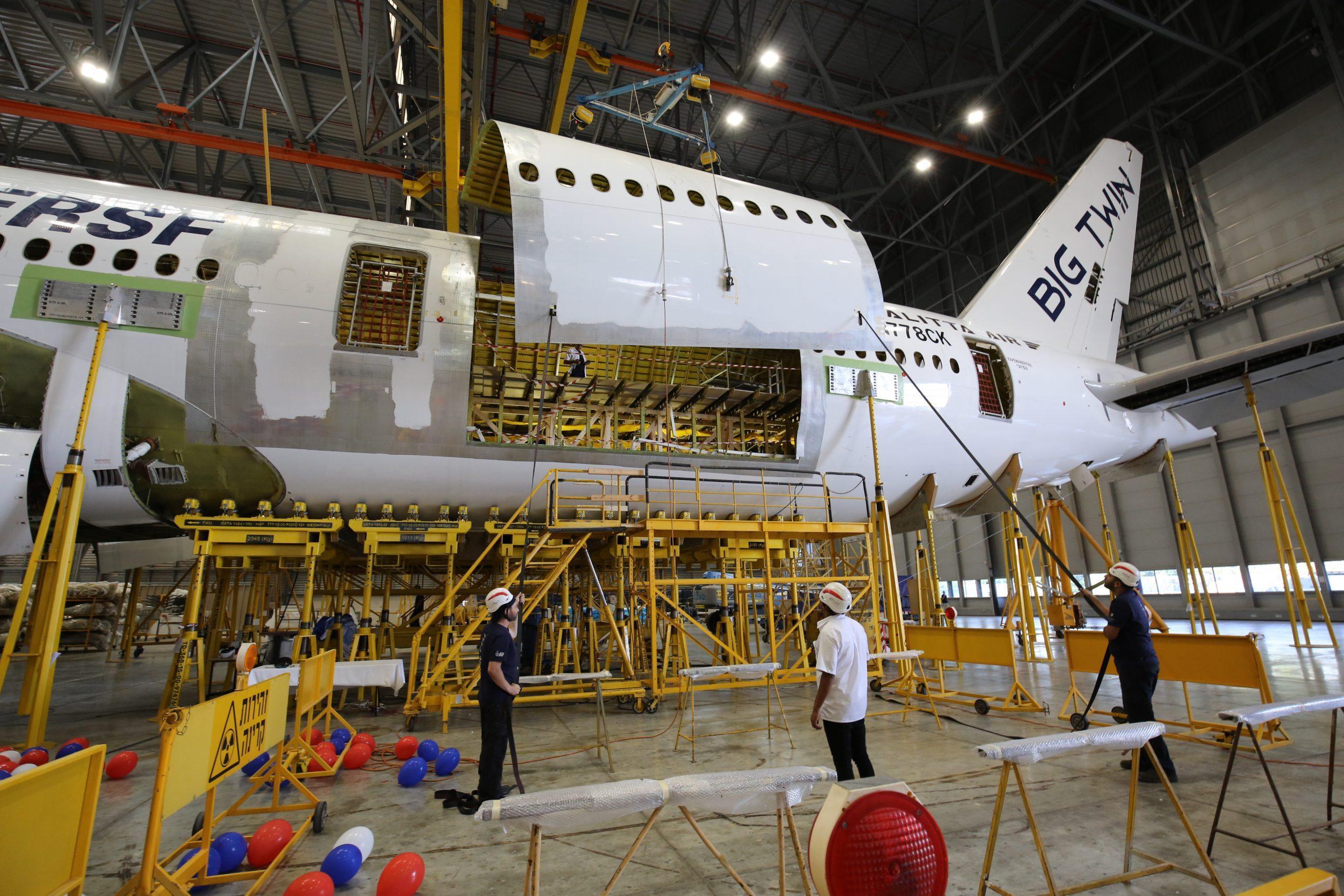 Israel Aerospace Industries’ (IAI) Aviation Group has marked a significant milestone in the process of converting the first Boeing B777-300ER aircraft, cutting an opening in the hull to install a cargo door.

The part of the cabin Removed from the aircraft is 7 meters long and a third of the aircraft’s circumference. The milestone comes shortly after the beginning of the aircraft’s structural modification, a process that will take approximately 130 days, at the end of which the passenger aircraft will be converted into a cargo aircraft.

The cargo conversion process includes modifying the aircraft structure, including the installation of a new cargo door, replacing and reinforcing the cabin floor, installing reinforcements in the cargo door area and adapting the electric network and other systems to enable a safe and convenient operation. In addition, this process includes receiving certification for the converted aircraft from the Civilian Aviation Authority and the US’ Federal Aviation Administration (FAA).

“Completing the B777-300ER conversion on time and according to the planned schedule is at the top of the Aviation Group’s priorities. Today, we mark an exciting step in the prototype’s conversion,” said Executive VP and General Manager of IAI’s Aviation Group, Yossi Melamed. “Cutting the aircraft’s haul for the new cargo door is a prime example, reflective of the cargo conversions at IAI, which significantly advances our development process for this conversion.”

Over the past few years, there has been an increase in demand for cargo planes due to a global rise in e-commerce, which has peaked during the COVID-19 pandemic. IAI is the leader of cargo conversions, and leading companies like Amazon, DHL, UPS and other are amongst our clients.