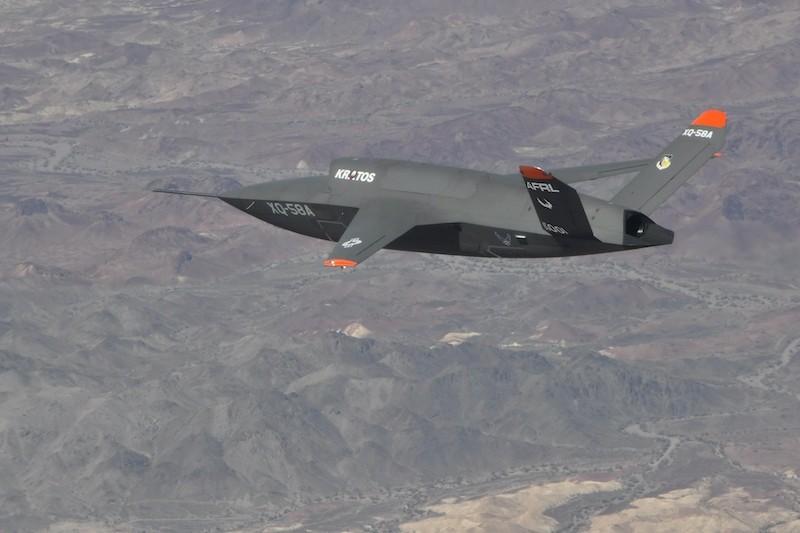 The XQ-58A Valkyrie low-cost unmanned air vehicle demonstrator recently completed its fourth successful flight test at Yuma Proving Ground, Arizona. The flight tests were conducted by Air Force Research Laboratory, along with partner Kratos Defense & Security Solutions, Inc. and during the test event, the Valkyrie demonstrator’s flight expanded the envelope beyond prior tests before safely landing in the Arizona dessert. A total of five flights are planned for the XQ-58A.

According to AFRL XQ-58A Programme Manager Michael Wipperman, flying at higher altitude allowed researchers to gather data in an operational environment more representative of real-world flight conditions.  “Flying at this altitude helped us gather important data such as vehicle response to temperature and vibration, which will prepare us as we move toward our next flight test,” said Wipperman.

This test also marked the return-to-flight for the XQ-58A, which experienced a mishap upon landing after a successful 90-minute flight in October 2019.

The fifth flight, scheduled for later this year, will be a capability demonstration showcasing the ability of the vehicle to support operational needs.

The XQ-58A is being developed as part of AFRL’s Low Cost Attritable Aircraft Technology portfolio. It is designed to be a runway-independent, reusable unmanned air vehicle capable of a broad range of operational missions.