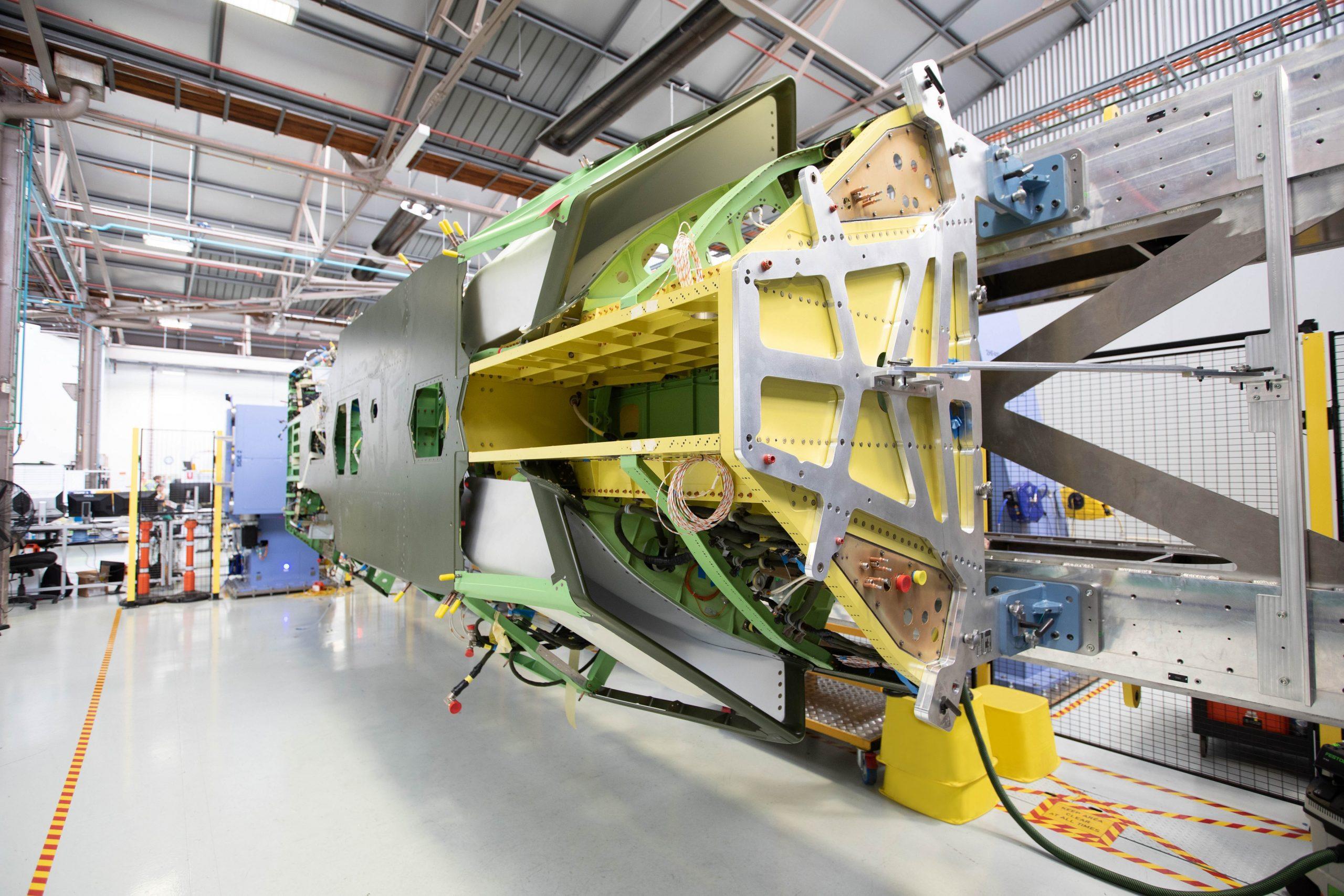 The Boeing Australia team recently completed major fuselage structural assembly for the first Loyal Wingman. The aircraft is one of three prototypes that will be developed as a part of the Loyal Wingman – Advanced Development Program in partnership with the Royal Australian Air Force (RAAF).

“This is an exciting milestone for the development program, and the Australian aerospace industry, as we progress with production of the first military aircraft to be developed in Australia in more than 50 years,” said Dr. Shane Arnott, program director, Boeing Airpower Teaming System (ATS).

The Australian team has applied digital engineering and advanced composite materials to achieve cost and agility goals for the 38-foot (11.7-meter) aircraft, which is designed to use artificial intelligence in teaming with other manned and unmanned platforms.

“The partnership with Boeing is key to building our understanding of not just the operational implications for these sorts of vehicles, but also making us a smart customer as we consider options for manned-unmanned teaming in the coming decade,” said Air Commodore Darren Goldie, RAAF Director-General of Air Combat Capability. “Boeing is progressing very well with its development and we look forward to seeing the final product in the coming months.”