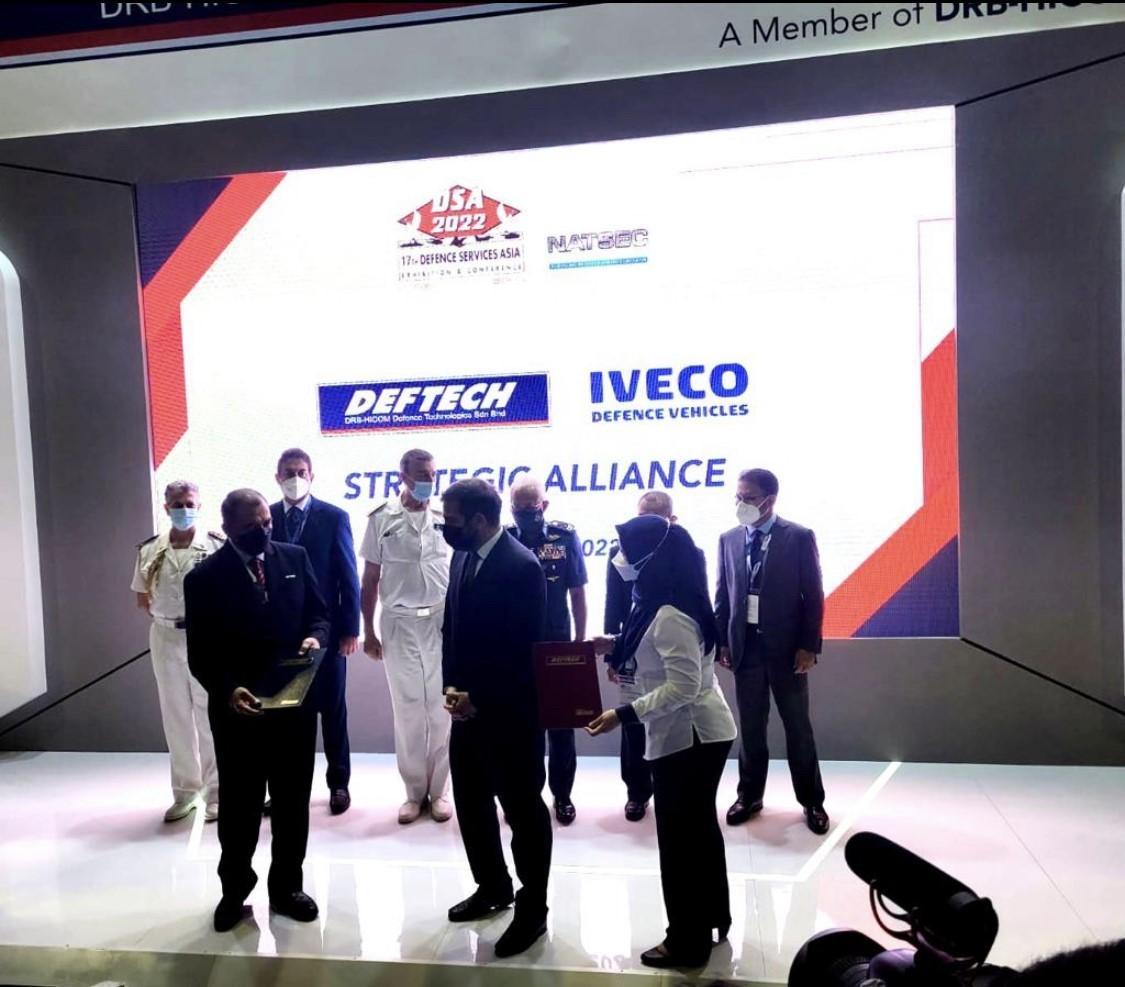 The two companies had partnered recently on the supply of 132 units of 3-tonne GS Cargo trucks, from Iveco’s Eurocargo family of vehicles, to the Malaysian Army. Both companies are also cooperating on the further supply of a second batch of 150 units.

The proposed MRO centre, which is s expected to provide a faster, more robust and efficient after sales solution, will maintain all vehicles currently in service as well as any potential additional vehicles that the Malaysian Armed Forces would be procuring in the future. DefTech’s wholly owned subsidiary, Defence Sales & Services Sdn Bhd (DSSB), Malaysia’s premier MRO outfit focusing on military vehicles for both armoured and soft skin vehicles, is expected to eventually execute the agreed collaboration work-scope set out in the CA.

“The 4×4 GS Cargo truck is the workhorse of the Malaysian Armed Forces,” said Mr Fazley Ariffin, DefTech CEO. “DefTech is committed to providing the Malaysian defence forces with a sturdy and reliable machine. With that in mind, DefTech has partnered with Iveco Defence Vehicles, a well-trusted and globally proven company. Establishing a localised MRO centre will also enhance the serviceability of each vehicle ensuring a consistently reliable fleet.”

“We consider the Malaysian defence market strategic and pivotal for the whole Asia-Pacific area,” said Francescomaria Tuccillo, Head of Iveco Defence Vehicles Export Sales. “For this very reason, Iveco Defence Vehicles is glad to count on the new-born cooperation with DefTech, as a cornerstone for mutual support also on different classes of vehicles, including armoured ones, for the benefit and growth of the Royal Malaysian Armed Forces. Aiming to establish an authorized workshop in Malaysia will represent a concrete step ahead in this direction.”