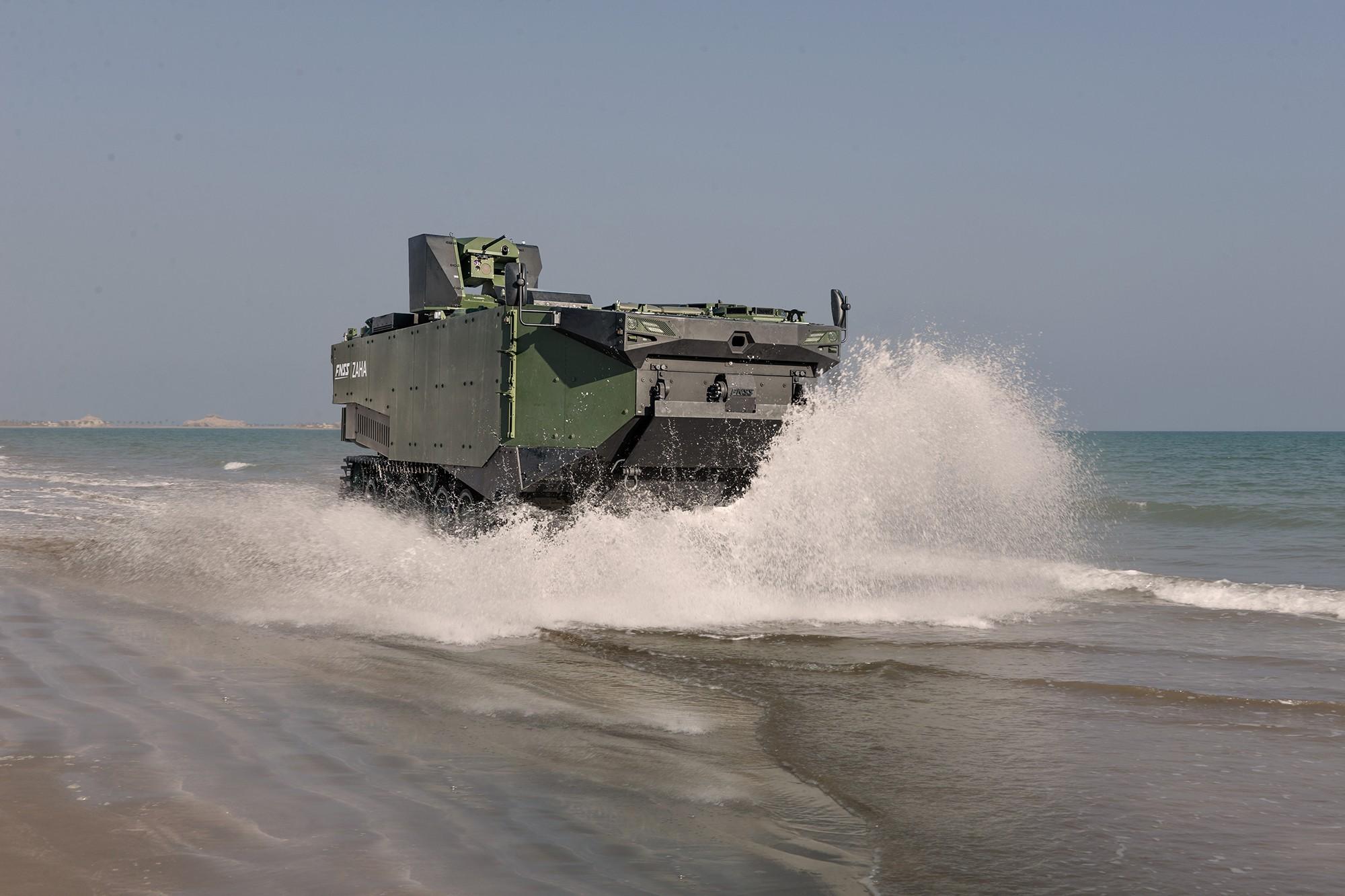 The CAKA Remote Controlled Turret (RCT) system designed by FNSS is being exhibited on the Marine Assault Vehicle (MAV) during the ongoing IDEF 2021 in Istanbul, Turkey.

The turret was developed within the scope of Turkish Navy’s Marine Armoured Amphibious Vehicle Program that was signed between the Turkish Presidency for Defence Industries (SSB) and FNSS in March 2017. Developed to be the fire power of MAV, CAKA also has the ability to carry a maximum load of ready-to-fire rounds and is also ballistic protected.

CAKA RCT, which stands out with its corrosion resistance and sealing, can be used safely in all weather and sea conditions. Compared to similar manned turrets in service with US Marine Corps’ Amphibious Vehicles, FNSS CAKA RWS offers grater advantages with its light weight, better protection for the gunner, target acquisition, reliability, accuracy and occupies less internal volume inside the vehicle.