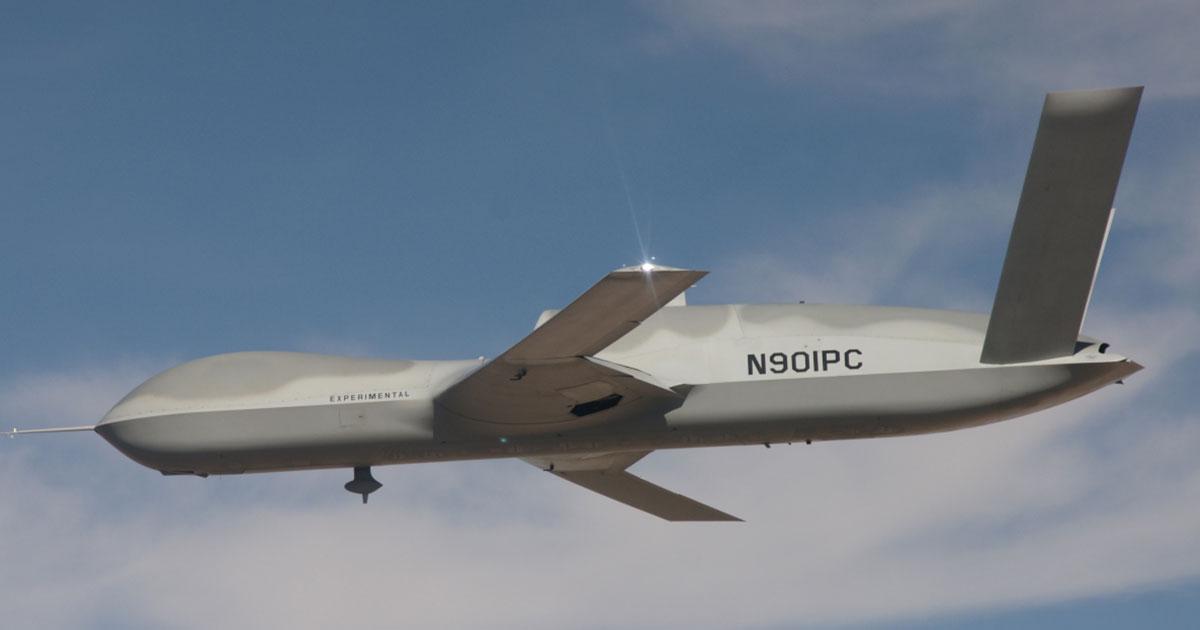 The MQ-20A Avenger’s completely autonomous flight used an AI pilot for close to 30 minutes as a part of a cooperating live, virtual, and constructive UAS swarm. The flight was performed as part of GA-ASI’s ongoing commitment and investment into the development of advanced autonomy of AI and Machine Learning (ML) for UAS.

“The flight was a tremendous success and demonstrated a number of groundbreaking capabilities in the race to operationalize autonomy for Collaborative Combat Aircraft (CCA),” said GA-ASI Senior Director of Advanced Programs Michael Atwood. “It’s exciting to see how AI can be used to advance how and where we fly unmanned systems as the complexity of the battlespace increases. Our ‘chase and avoid’ agent’s ability to dynamically update the flight path as threats were identified is the first step towards building an ecosystem of collaborative autonomous combat aircraft.”

The flight made use of GA-ASI’s novel Reinforcement Learning (RL) architecture to develop and validate an RL agent in an operationally relevant environment. RL agents provide a new and innovative tool for next-generation military platforms to make decisions under dynamic and uncertain real-world conditions. The team flew “chase and avoid behavior” where real-time updates were made to the flight path in order to avoid adversaries using live fused tracks. Live tracks were provided to the system using the Infrared Search and Track (IRST) sensor network that was supplied by Lockheed Martin.

TacIRST is a new class of multifunction, embeddable sensor system with an open architecture. It was developed by Lockheed Martin to provide a range of capabilities for both crewed and uncrewed aircraft. “We anticipated the need for passive, long-range threat detection by autonomous aircraft and are proud to see this capability integrated successfully on the Avenger,” said Terry Hoehn, Director of Lockheed Martin’s Advanced Threat Warning Systems. “We look forward to further collaboration and testing with GA-ASI.”

The team used a government-furnished CODE autonomy engine and the government-standard OMS messaging protocol to enable communication between the RL agent and the Tactical IRST. By utilizing government standards, such as CODE and OMS, rapid integration of autonomy for collaborative combat aircraft becomes possible.

General Dynamics Mission Systems also supplied key technologies to the flight. The mission computer used to host the OMS software is part of the Digital Backbone Node (DBN) family of systems from General Dynamics Mission Systems. The DBN architecture enables rapid and secure deployment of evolving capabilities needed for CCA through the application of the latest government open architectures, high-performance computing, advanced cooling, and a high-speed backplane with multi-level security to maximize battlefield collaboration between platforms.

The MQ-20A Avenger’s flight was another in an ongoing series of autonomous flights performed by GA-ASI using internal research and development funding to prove out important AI/ML concepts for advanced UAS.