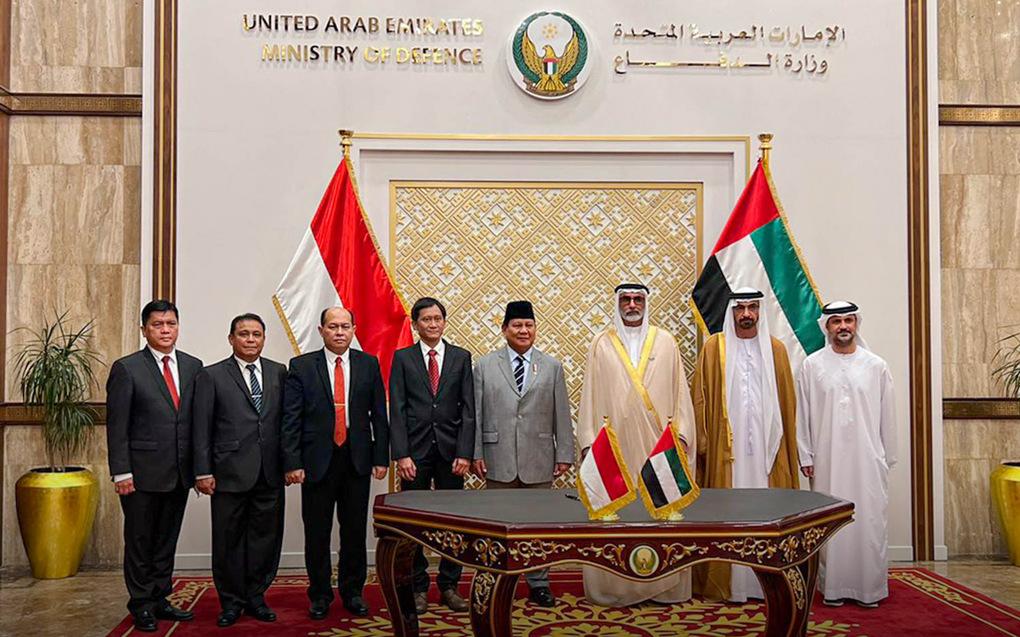 As part of the official visit by the Indonesian Defense Minister, Prabowo Subianto to the United Arab Emirates (UAE), three Indonesian state-owned enterprises (SOE) have signed defense collaboration agreements with the UAE government and a private defense company in Abu Dhabi on Thursday (30 June).

“Cooperation in the defense sector is very important for both countries, especially for the development of the defense industry in the future,” said Prabowo in a written statement to the Indonesian media.

PT Pindad’s collaboration with the UAE’s company includes joint development, production, and marketing for an 8×8 wheeled Armored Fighting Vehicle (AFV). While it was not specified in PT Pindad’s press release, it’s likely that Calidus’ Wahash 8×8 AFV will become the basis of the joint development.

PT PAL has yet to release a statement regarding its MoU with the UAE government although it is also likely that the company is aiming for joint development of Offshore Patrol Vessels (OPV) to corvette-class naval vessels.