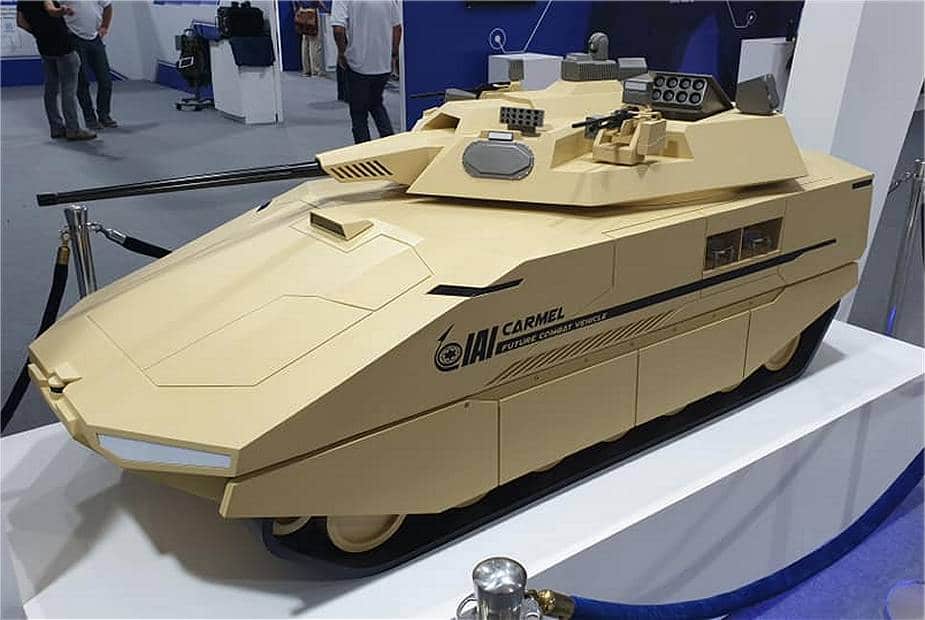 The Israeli ministry of defence is using the special simulation tool, developed by Israeli company Cognata, to test the line of unmanned combat vehicles.

Shay Rootman, director of business development of Cognata, told GBP that the company’s simulation tool is one of the most advanced available today.

The Israeli Defence Forces (IDF) has a few basic robotic systems in service and has plans to develop the next generation of these systems.
Last year, the Israeli ministry of defence selected Israel Aerospace Industries (IAI) to fully develop the IDF’s next generation fighting vehicle.
IAI is the prime contractor and integrator for developing the concept and technologies for Carmel, the future Armored Fighting Vehicle (AFV) for the IDF.

IAI has developed and proven a combat concept in which an AFV, with closed hatches, is operated by a two-man crew and can successfully cope with existing and future challenges on the battlefield. The solution is based on automatic and autonomous systems that complement the two-man team, and operate the central subsystems – the vehicles’ mission planning and management, situational awareness, driving and lethality.

The capabilities of the AFV allow the team to define, supervise and interfere only when there is a necessity or need, and cover a wider area of concern while effectively meeting the challenges faced by the maneuvering forces. The system has the ability to locate and destroy time-sensitive targets with small footprints, through quick acquisition and effective engagement of targets.

Besides IAI, Elbit Systems and Rafael also proposed their concepts; these have since been tested. While the currently selected type is manned, the long-range plan is to give these combat vehicles the capability for autonomous action. To do this , the Cognata simulation tool is essential.

Systematic testing of autonomous vehicles can be performed in Sensors simulation or in the physical world. Physical tests offer real testing scenarios, and engineers can use actual vehicles instead of models. However, regulations restrict the use of these vehicles in cities; thus, to perform tests with real AVs, one needs access to expensive hardware and field tests, which consume a considerable amount of time.

The Cognata tool is based on a “Digital Twin” of the real world. This is built by using HD Maps, aerial photography, and other inputs that add to the “reality” of the simulation. ”We give the client almost 100 percent of possible scenarios so that he can be assured that the vehicle will be able to counter all of them,” Rootman said.