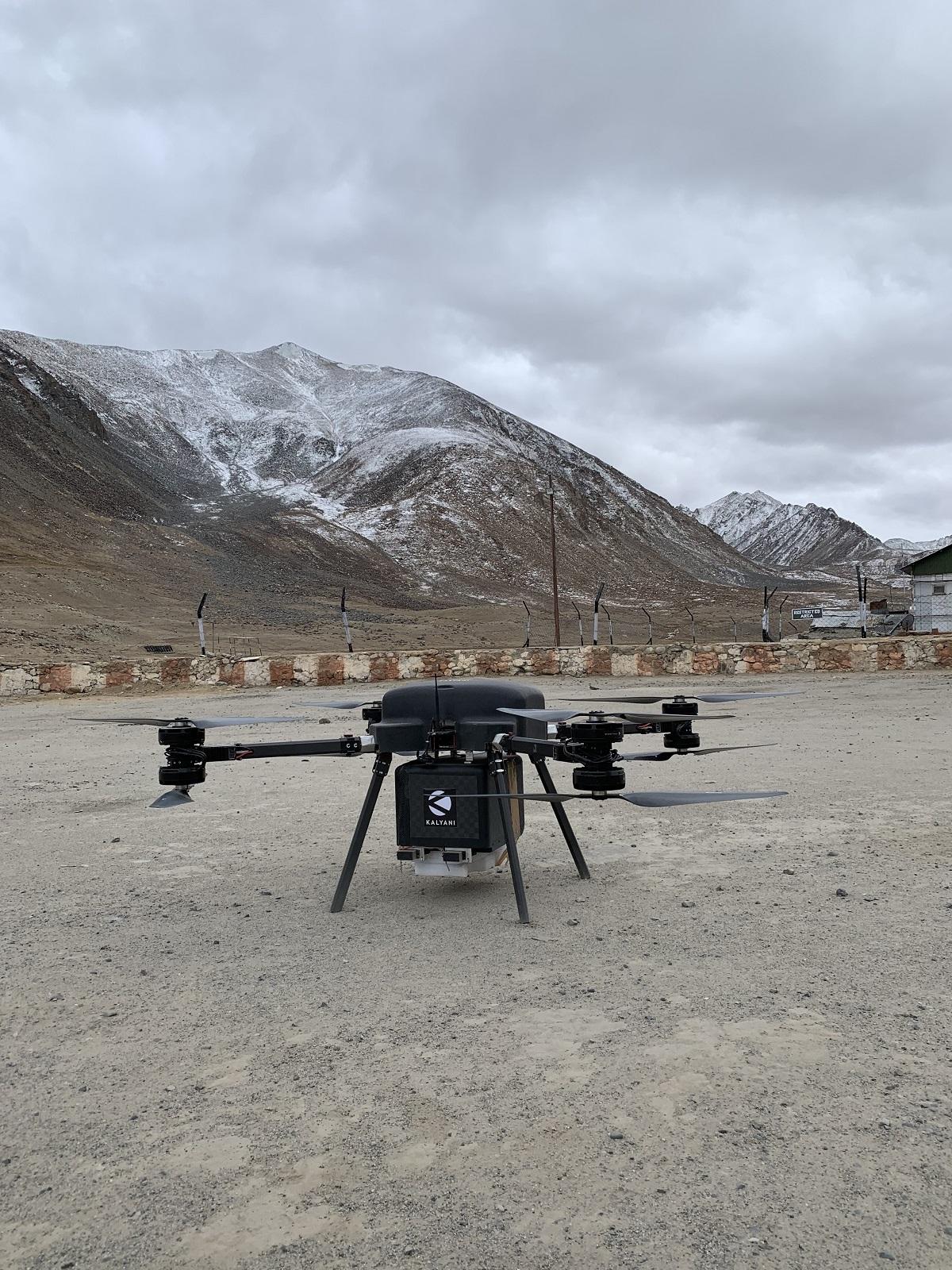 The defence arm of Kalyani Group, a Pune based Indian conglomerate has unveiled a new drone product in the BHARAT 150. According to Kalyani Strategic Systems Limited (KSSL), the indigenously developed BHARAT 150 is a multi-payload, variable mission drone.

The X-8 configuration drone is already being tested by the Indian Army in high altitude areas in Leh-Ladakh during which it demonstrated its capability to travel a distance of 8.5 km with 20 kg payload. KSSL will be further developing the platform and enhance its endurance and payload capacity through ISR capability.

Rajinder Bhatia, President and CEO Bharat Forge Defence, said, the drone can be used across multiple sectors with varied requirements and added that the company was optimistic about its performance and hoped for its speedy induction.

According to Kalyani Strategic Systems Limited, the drone also features an indigenously developed radio communication system and Inertial Navigation System (INS) with anti-jamming and anti-spoofing capabilities, making it operational in jamming and GPS-denied environment as well.

The Bharat 150 has an average speed of 50 kmph and its batteries provide a minimum of endurance of 30 minutes. It can operate at 1000 m above the take-off ground and is designed to work at 5500 m ASL.