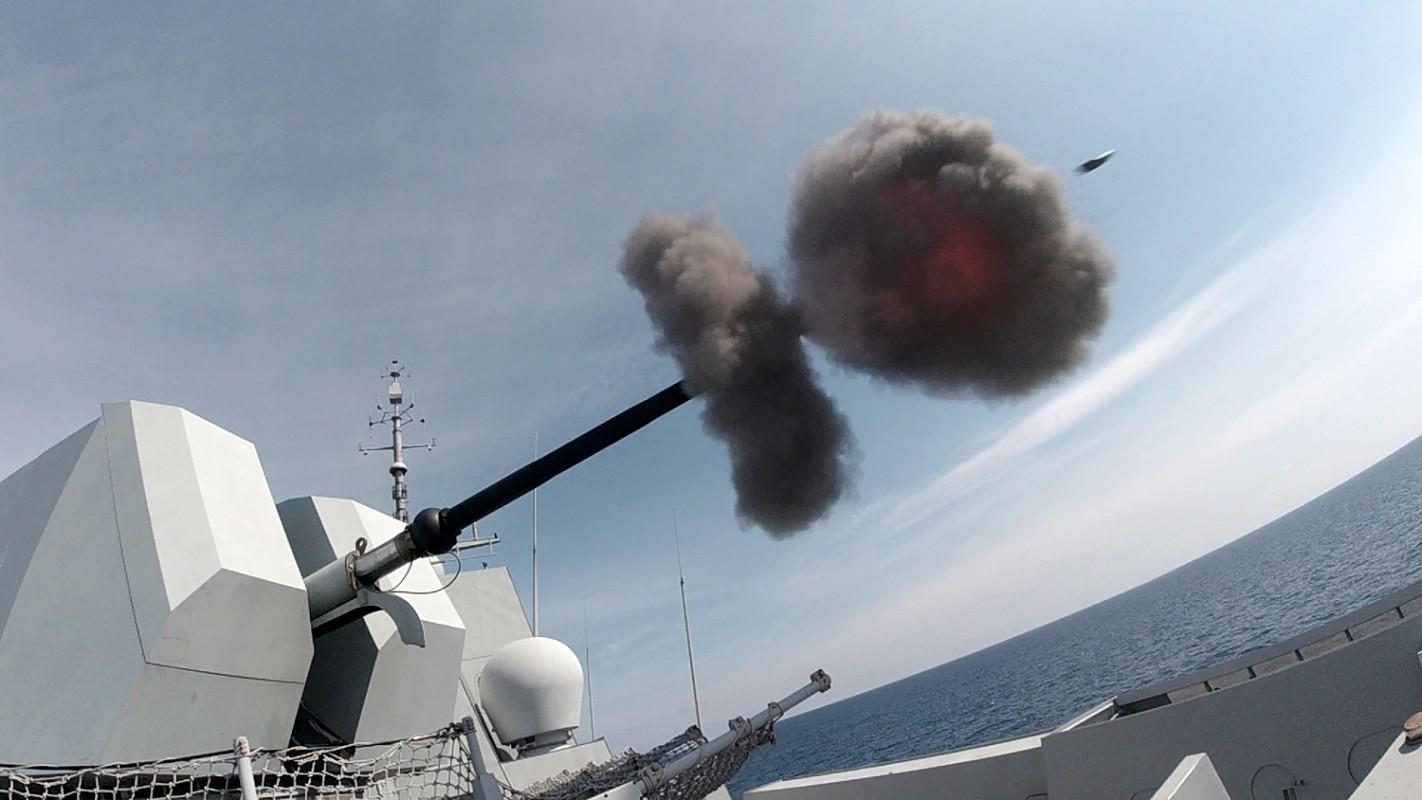 The NATO exercise took place between the 15th and 30th May at the MOD Hebrides Range in Scotland, UK.

Naval vessels, aircraft and land vehicles from 10 nations tested their information exchange and interoperability capabilities as part of a simulated coalition-level response tested at Formidable Shield 2021.

The realistic exercise scenarios saw live and simulated engagements against subsonic, supersonic and ballistic missiles in the skies.

The Italian Navy’s Antonio Marceglia, the eighth frigate to be delivered under the FREMM (European multi-purpose frigate) programme featured several Leonardo technologies on-board, including the Kronos MFRA (Multi-Function Radar Active) 3D radar that can locate, classify and track targets within a 250km radius.

The Kronos MFRA was able to locate ballistic missiles in flight as they reached speeds of over 1,800m/s and accelerated at over 6G, and continued tracking the missiles over 200km.

The warship also made use of its MDLP-EVO (Multi Data Link Processor) communication system to exchange tactical data, while its IFF (Identification Friend or Foe) system, updated to the NATO Mode- 5 standard, helped distinguish between allies and potential threats.

The frigate’s sophisticated Combat Management System (CMS), coordinated the its air defence and anti-missile operations, processing data from the ship’s various sensors and presenting a real-time tactical picture of the scenario to the frigate crew and other units, supporting decisions and interventions at a coalition level.

Leonardo’s weapon systems also saw positive results during the trial. The Super Rapido naval gun with 76mm DART guided ammunition demonstrated its ability to protected its host ship from even the most sophisticated threats.

The Aster 30 missile from MBDA, a European joint venture in which Leonardo has a 25% share also proved its ability to intercept incoming missiles.

Over the last 50 years, more than 40 navies internationally have chosen Leonardo technology to equip more than 100 vessels.