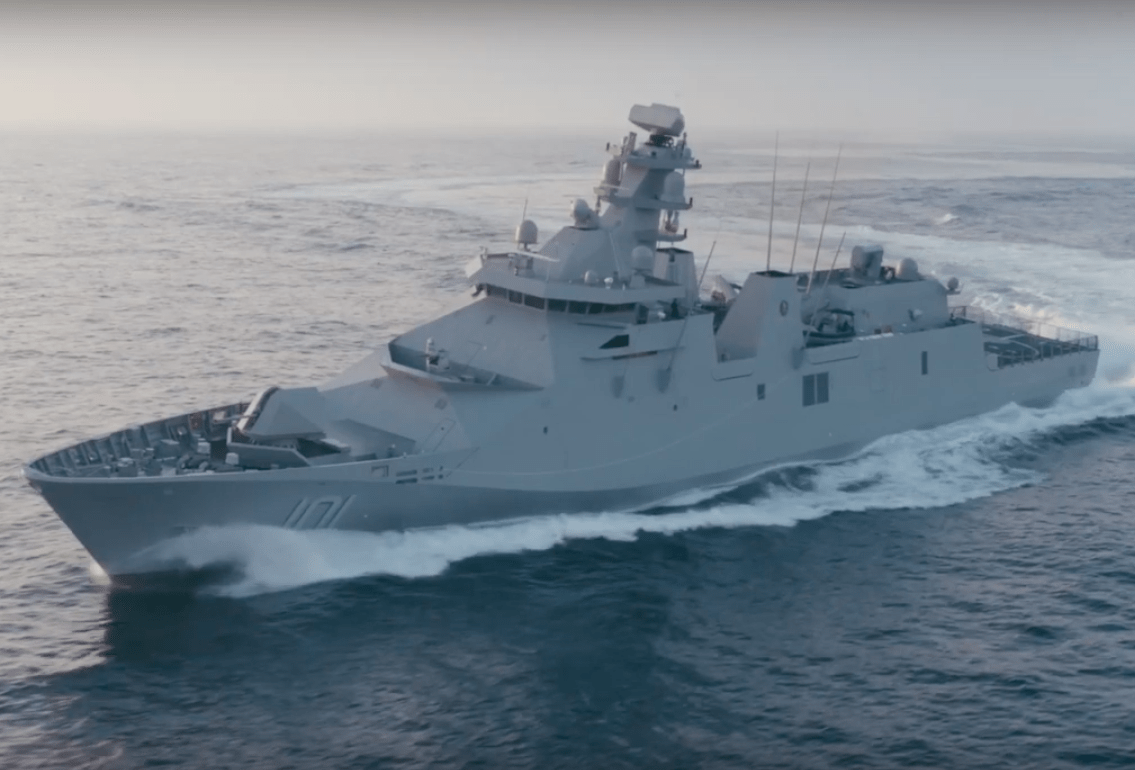 The Secretariat of the Navy of Mexico (SEMAR) held a ceremony marking final acceptance and delivery of the vessel. The delivery ceremony was attended by Admiral José Rafael Ojeda Durán, Secretary of the Navy and High Command of the Mexican Navy, in the company of Juan Carlos Atecas Altamirano, Municipal President of Salina Cruz Oaxaca. Damen Shipyards Group was represented by Executive Board member René Berkvens, President of Damen Shipyards Mexico Horacio Delgado, and POLA Project Director Frank Verhelst. Additionally, representatives of the Mexican naval, military and civil authorities were present.

Speaking at the ceremony, the High Command of the Navy of Mexico expressed the pride of the institution for contributing to the maritime development of the country and the naval industry, “Today, the Secretariat of the Navy has the great honor to see the culmination of one of its most important naval projects in modern history. This Long Range Ocean Patrol Vessel has completed its commissioning and trial phase to begin a life at sea in the service of the Mexicans…”

Delgado said, “This is a vessel built in Mexico, for the Mexicans and by the Mexicans. We are proud to have this vessel finished with a significant footprint in the Southeastern region of Mexico and Isthmus of Tehuantepec. This includes 750 man-years of direct Mexican labour, 400 direct jobs and more than 2,000 indirect jobs.”

The POLA 101 is a technologically advanced vessel and will allow the Mexican Navy to carry out missions such as safeguarding Mexican sovereignty, international security cooperation, law enforcement, long range search and rescue operations and humanitarian aid. POLA will allow the United Mexican States to increase the surveillance coverage and the protection of their maritime interests beyond the 5 million square kilometers of Mexican jurisdictional waters.

The vessel has been delivered in a record time, in less than three years after contract signing, a result of the close cooperation between all parties involved, says Verhelst. “There has been excellent cooperation between the Mexican Navy, Damen, subcontractors and suppliers, both local and international. This, combined with modular construction, has enabled a smooth transfer of knowledge and technology critical to the project’s success.”

The 107-metre long vessel is based on Damen’s SIGMA Frigate 10514 and is the tenth of its kind. This represents a great accomplishment of Damen and the Dutch maritime industry and their fruitful collaboration with the Royal Netherlands Navy, the launching customer of eight generations of Damen combatants. SIGMA is a proven design that benefits from the wealth of knowledge possessed by the Dutch naval shipbuilding industry. This comprises world-renowned research institutes such as Maritime Research Institute Netherlands (MARIN) and a dedicated naval cluster of international specialist suppliers including 70 Dutch companies, including Thales. For the POLA, this cluster worked alongside various local Mexican companies, delivering valuable supplies and assistance during the construction of the vessel.

The Damen SIGMA design is conceived to be built modularly anywhere in the world and in more than one location simultaneously. For the Mexican project, two out of the six modules were built at Damen Schelde Naval Shipbuilding (DSNS) in the Netherlands. A Mexican team has been based in the Netherlands to supervise this process and to receive an intensive knowledge transfer. The remaining four modules were built at ASTIMAR 20 in Salina Cruz by the Mexican production team, subcontractors and suppliers. Upon completion, the six different modules were brought together for final assembly, integration,commissioning and trials with assistance from Damen, including an intensive transfer of technology and training programme.

Damen’s relationship with Mexico spans more than 40 years. During this time, Damen has delivered more than fifty vessels of various types to both private and governmental customers. The Mexican Navy is a long-standing client of Damen with the ARM Reformador (POLA-101) being their thirteenth Damen vessel. Previous deliveries include everything from patrol vessels to logistic support ships and one Damen Cutter Suction Dredger 650. Through the Damen Technical Cooperation business model, Damen has been able to successfully contribute to the Mexican shipbuilding industry by building high quality vessels locally.