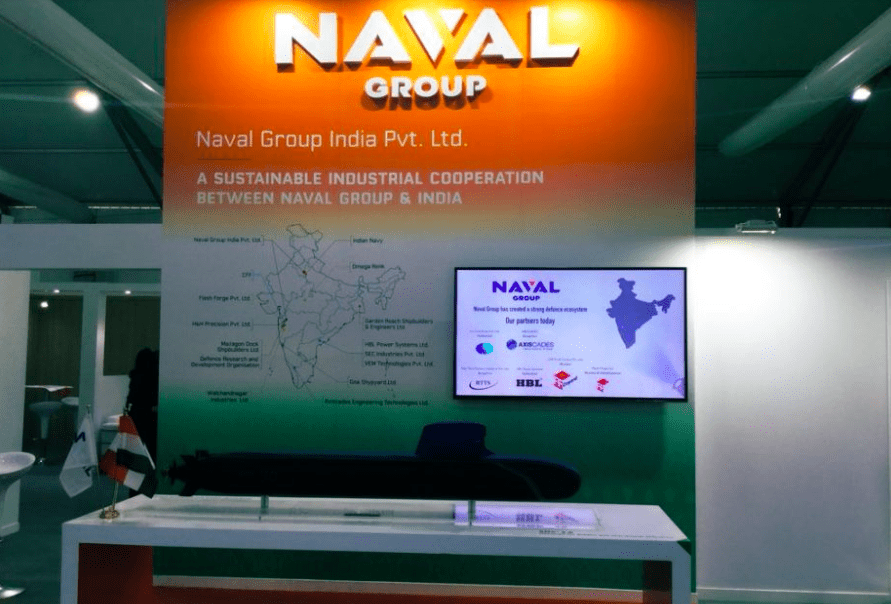 Naval Group is showcasing its cutting-edge technologies including the SMX 3.0. With a displacement of 3,000 tons, SMX®3.0 integrates the latest digital technologies for strengthened operational efficiency and significant versatility of use.

Naval Group and Dassault Systèmes are partnering on this project to design a ship tailored to improve the level of comfort for the women and men onboard. The on-board data systems are now completely interconnected, robust, secure, fast and upgradeable.

The company is also showcasing models of Scorpene submarine, which is capable of carrying out all types of missions, such as anti-surface vessel warfare, anti-submarine warfare, long-range strikes, special operations or intelligence gathering. It is extremely stealthy and fast, and is equipped with weapon launching tubes, and various weapons (torpedoes, missiles, mines). Over fourteen Scorpene submarines were sold by Naval Group internationally.

Belh@rra: This combat and crisis management frigate empowers modern navies, who seek to adapt to the digitization of the warfare. Ensuring naval supremacy, this compact all-digital frigate performs all the operations conducted by large surface vessels with increased precision and high level anti-air, anti-surface, anti-submarine and anti-asymmetric warfare capabilities.

According to the company, the F21 offers maximum safety, as it is designed to never explode on-board a submarine even in case of fire on the platform or accidental firing.