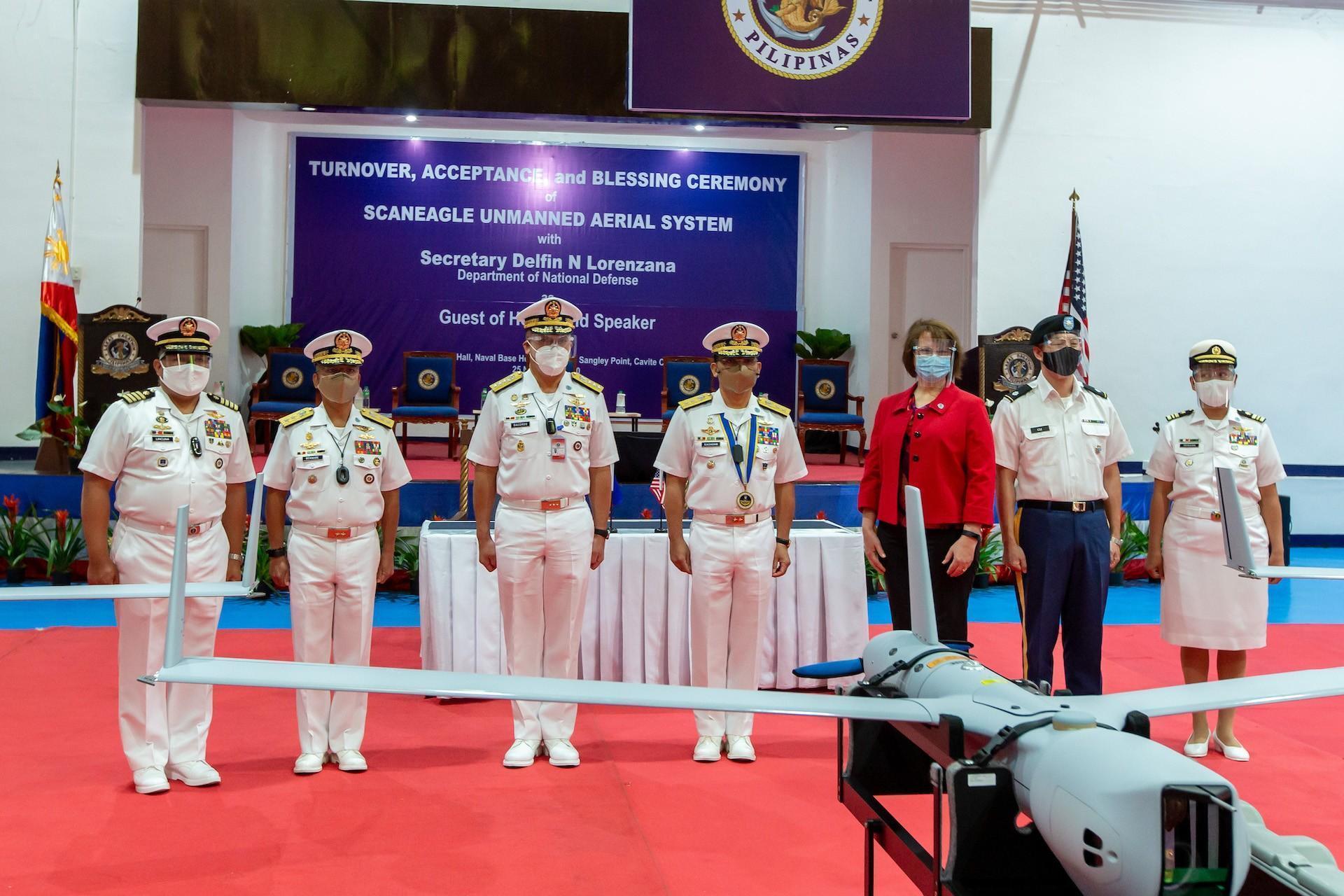 The Philippine Navy has received a ScanEagle Unmanned Aerial System (UAS) from the USA.

The US$14.79 million system delivered to the Philippine Navy will increase the Armed Forces of the Philippines (AFP)’s maritime domain awareness and border security capabilities.

“Transferring the ScanEagle system for operation by the Maritime Unmanned Aerial Reconnaissance Squadron represents the steadfast commitment by the United States to our partners in the Armed Forces of the Philippines,” said Acting Deputy Chief of Mission Kelly.

“This new asset will complement the same kind being operated by the 300th Air Intelligence and Security Wing at the Antonio Bautista Air Base in Palawan, which is very close to the disputed areas in the West Philippine Sea that need our consistent attention,” said Armed Forces of the Philippines Deputy Chief of Staff Vice Admiral Erick Kagaoan, who was guest of honor and represented Secretary of National Defense Delfin Lorenzana at the handover.

“Aside from its primary use for ISR, the ScanEagle UAS will greatly aid our organization in the effective assessment of the subject areas, timely decision-making, and prompt action in the conduct of territorial defense, internal security operations, as well as humanitarian assistance and disaster repose,” said Philippine Fleet Commander Rear Admiral Loumer Bernabe.

The Philippines is by far the largest recipient of U.S. military assistance in the Indo-Pacific region.

Since 2015, the United States has delivered more than Php33 billion ($650 million) worth of planes, ships, armored vehicles, small arms, and other military equipment to the Philippines.