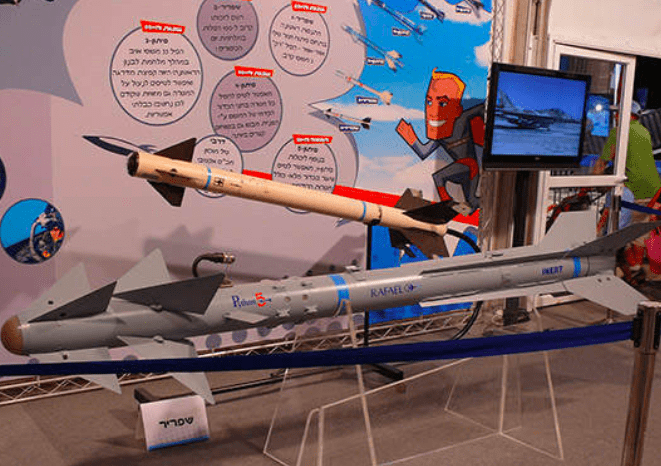 The missile will have an operational range of well over 100 KM. The exact range is classified.

According to a company source, currently there is no immediate operational need for such an air-air missile but the company’s clients stress again and again that the need is behind the corner.

Currently, Rafael is manufacturing two very advanced air-air missiles – the Python – 5 and the I- Derby ER.

While the Python-5 is an IR missile, the I-Derby ER has a radar sensor.

Both are operational in the Israeli Airforce and in some foreign Airforces.

These two missiles have a range of over 100 KM, and according to the Rafael source, all experts agree that this range will not be enough in future scenarios, “I cannot go into details but all the experts agree on this future need, especially in certain scenarios.”

The Rafael source refused to say if the 6th generation air-air missile will have an IR or radar sensor. He did not dismiss the option of a dual sensor.

He explained that the miniaturization of the company’s air-air missiles electronics, especially of the homing sensor, freed some space in the missile and that allows the use of a double pulse booster “which of course takes the missile to a much longer range.”

The Israeli Airforce plans to use some very advanced Israeli developed weapon systems on its F-35.