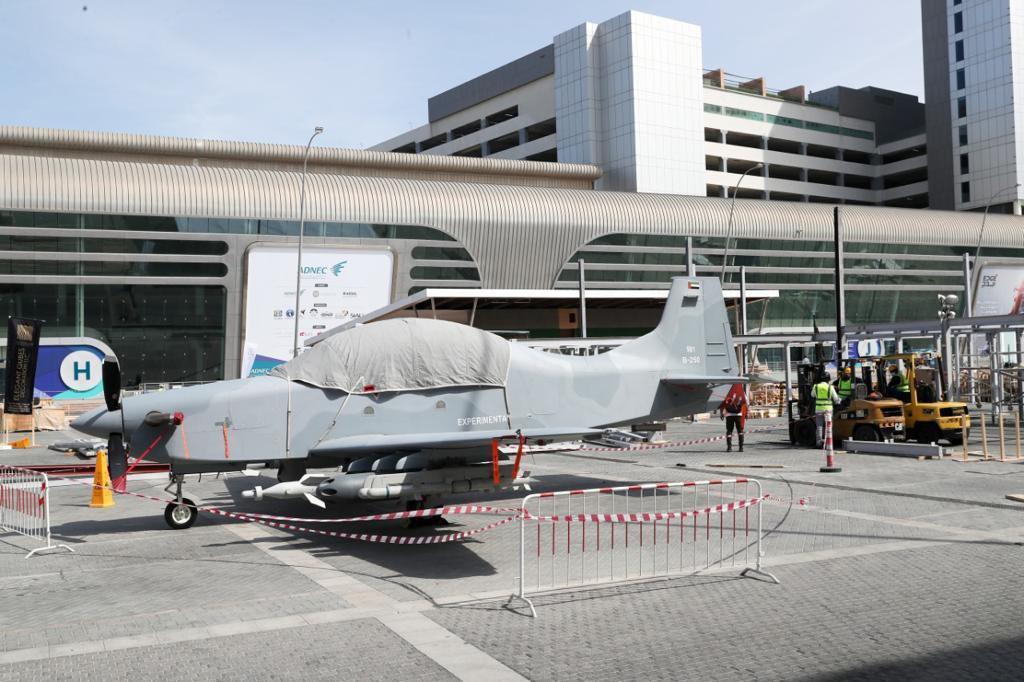 The Calidus B-250 light attack aircraft, a homegrown product of the United Arab Emirates (UAE) is on display as the company looks to attract interest from regional and international customers.

Calidus is a Technology Development and Manufacturing Company, based in Abu Dhabi that was founded in 2015. Calidus received orders from the UAE in 2019 for 24 B-250s  worth US$260 million.

The B-250 was first unveiled at the 2017 Dubai Airshow and it touted by its makers as ideal for Close Air Support (CAS), Intelligence, Surveillance, and Reconnaissance (ISR), Counter-Insurgency (COIN), Persistent Air Support (PAS) and advanced and basic training.

The Calidus B-250 will have an operating cost of less than US$1,200 per flight hour according to the company.

It can attain a cruising speed of 350 KTAS, has a maximum range of 2,400 nautical miles and a maximum endurance of 12 hours.

Pratt and Whitney’s PT6A-68 turboprop has been chosen to power the light attack aircraft and is coupled to a single four-bladed propeller.

The aircraft is a superior and highly efficient light attack aircraft that is designed especially for asymmetric warfare zones and it easily adapts to the most difficult terrain and weather conditions.

It incorporates a superior carbon fibre structure that can brave the roughest terrain and flaunts ground-breaking technology to deliver best-in-class versatility and transportability at the low operational costs.

Calidus has an in-house team of engineers and designers in Abu Dhabi and has also built a global network of suppliers as part of the B-250 effort, including Collins Aerospace of the US, Martin-Baker of the UK, Pratt & Whitney Canada, and Halcon Systems of Abu Dhabi.