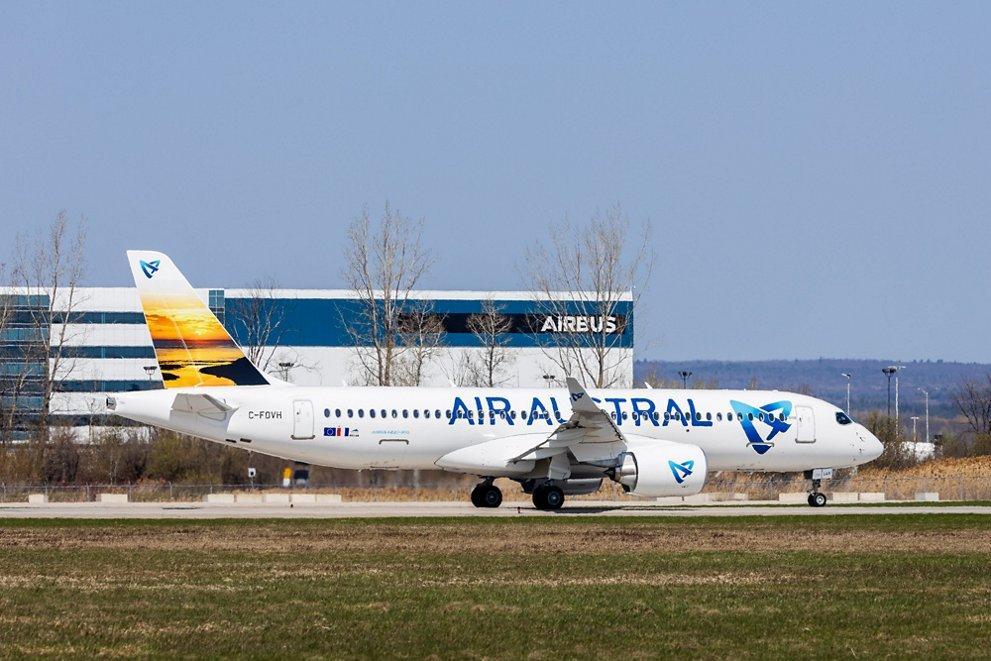 The first of the three A220s for Air Austral, France’s La Réunion Island-based airline, has been delivered from the Airbus A220 Final Assembly Line (FAL) in Mirabel, Canada. The aircraft will be the first of the type to be operated by a French airline in the Indian Ocean region.

The second and third aircraft are expected to join the Air Austral fleet in the coming days.

Air Austral has selected the Airbus A220-300 as part of its medium and short-haul fleet modernisation plan in order to boost its operational efficiency. The aircraft has a comfortable two-class cabin layout with 132 seats: 12 in business class and 120 in economy-class. The three A220-300s will fly on routes between La Réunion Island and Mauritius, Mayotte, Seychelles, South Africa, Madagascar, and as far as India.