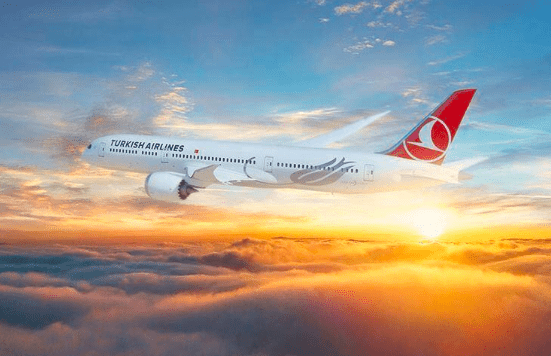 Boeing delivered the first 787-9 Dreamliner for Turkish Airlines, which plans to use the airplane’s fuel efficiency, range, reliability and size to operate new non-stop international routes such as Bali, Bogota-Panama, Washington and Atlanta.

“Turkish Airlines has been committed to continuously expanding its range of services on and off-ground as it grows in reach and flies to more international destinations than any other carrier in the world. With this goal in mind, we’re thrilled to reach new horizons with the addition of the 787-9 Dreamliner to our fleet flying from our new home, Istanbul Airport,” said M. İlker Aycı, Turkish Airlines’ Chairman of the Board and the Executive Committee.

“The aircraft’s advanced technology, fuel efficiency, and passenger-centric cabin design will all help us remain the first choice for travellers and provide our loyal flyers across the globe with a best-in-class experience for years to come.”

“Turkish Airlines’ growth has been remarkable in recent years, both in expanding flight options and supporting Turkey’s aviation industry. We are honored that Turkish Airlines is embarking on its next chapter of expansion with the 787 Dreamliner,” said Ihssane Mounir, senior vice president of Commercial Sales and Marketing for The Boeing Company.

“We are confident that the Dreamliner’s unmatched fuel efficiency, performance and passenger-pleasing comforts will contribute to the airline’s reputation as a five-star airline.”