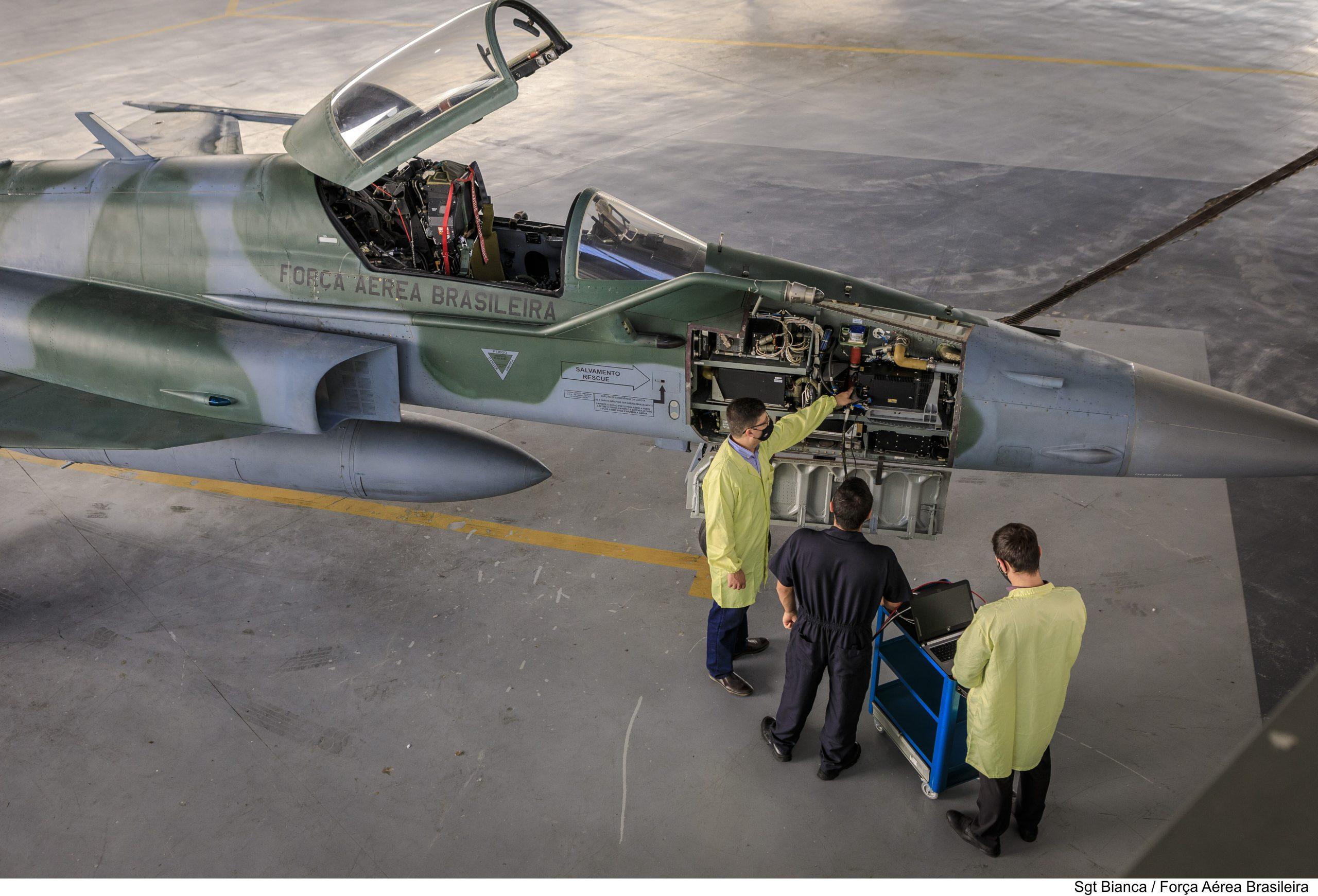 The system enables seamless communications between air, ground and naval unit, even in complex combat scenarios. The system has been sold to some foreign customers and is used by the Israeli defence forces in different configurations.

The Brazilian Link-BR2 program aims to provide national secured datalink capabilities, enable digital connectivity of all aerial platforms among themselves and establish multi domain interoperability. The next phase of integration will be onboard SAAB’s Gripen NG aircraft while the Link-BR2 program roadmap includes integration of the system capabilities onboard all of the FAB aircraft.

The functionalities that were demonstrated during the recent flights include provision of multi-domain situational awareness, enabling Mobile Ad Hoc Network (MANET) based data links (both air-to-air and air-to-ground), facilitating transmission of airborne applications over long ranges including simultaneous audio and data, and display of a common operational picture that is shared among all the members in the network – airborne segments and ground segments.

According to Elbit, demonstrating the capability of simultaneous multi-channel transmission, the Link-BR2 enabled aerial and ground forces to perform target interception, receipt of information from ground radars and rapid closing of sensor-to-shooter loops, as part of the multi-dimensional arena. The Link BR2 strategic program will lead the Brazilian Armed Forces to operate on the NCW concept, a disruptive technology that brings a huge advantage on the local operational scenario.

The E-LynX family of SDR is designed in an open architecture approach, featuring unique waveforms and enabling the adoption of European and NATO waveforms. The E-LynX SDR solution was selected by the Israel Defense Force as well as several armed forces across Europe, including Sweden, Switzerland, Spain, and other NATO countries. The E-LynX radios are developed and manufactured in three Elbit Systems’ Radio Engineering Centers around the globe: in Israel, in Germany by Elbit Systems Deutschland and in Brazil by AEL.