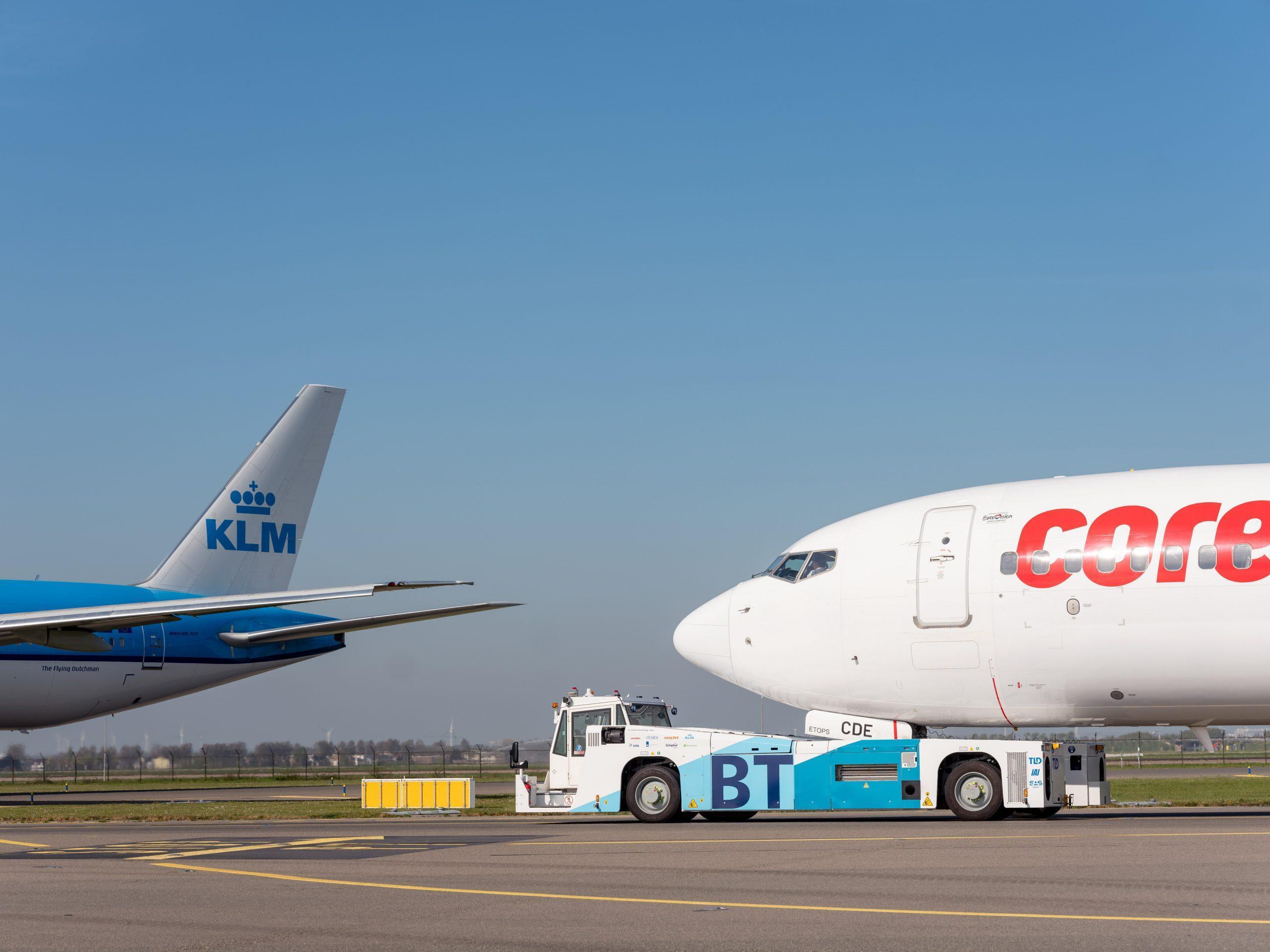 Israel Aerospace Industries (IAI) with its partners TLD and SAS is expanding its TaxiBot operation and deployment to additional airports: Schiphol in Amsterdam and Bangalore Airport in India. With the COVID-19 crisis bringing the operations in airports to a near-halt, airports are using their time and space for testing various developments and ways to streamline their operations. The Amsterdam airport recently started a pilot of aircraft taxiing with the TaxiBot (taxiboting) to streamline the process. The airport at Bangalore, India, is also testing the system in order to start operating just after to COVID-19 closer will reopen.

The TaxiBot, which was developed by IAI’s aviation group and TLD, is a semi-robotic vehicle, which connects to the aircraft and is controlled by the pilot. It is used to taxi the aircraft (taxiboting) from the airport’s gate bridge to the runway and back without turning on the airplane’s Jet engines. The taxiboting process saves 85% of the fuel burned during taxying and similar savings in greenhouse gas emissions. Additional benefits of taxiboting include 60% noise reduction and 50%-reduction of damages caused by foreign objects sucked into the engines during taxying. The TaxiBot streamlines aircraft’s entry and exit from the terminal area saving aroun 4 minutes per departure as mesure during the routine daily operation at Delhy airport.

IAI’s Aviation Group was founded in January 2019 as part of IAI’s new business strategy and consolidation of three out of six groups. The merger was meant to achieve business focus, streamlining, and placement of 5,000 employees. The Aviation Group operates in four export-oriented business lines, the longest-standing being MRO services to military and civilian aircraft. The MRO services it provides allowed IAI to gain a foothold in airports too. The Aviation Group offers a range of services to the world’s largest aerospace corporations, including Lockheed Martin and Boeing, and major carriers such as Alitalia and WizzAir, and shipping companies such as Amazon and DHL.

Yossi Melamed, IAI VP and head of IAI’s Aviation Group, said, “The COVID-19 crisis has resulted in near-cessation of operations in many airports. We are taking advantage of the opportunities this situation offers. Several governments in Europe, such as Holland France and in the USA, conditioned their economical assistance to businesses, including airports and airliners, on reducing greenhouse gas emissions. The TaxiBot helps airports and airliners meet the requirements and save on resources. We are excited about the interest that airports are showing in our development.”