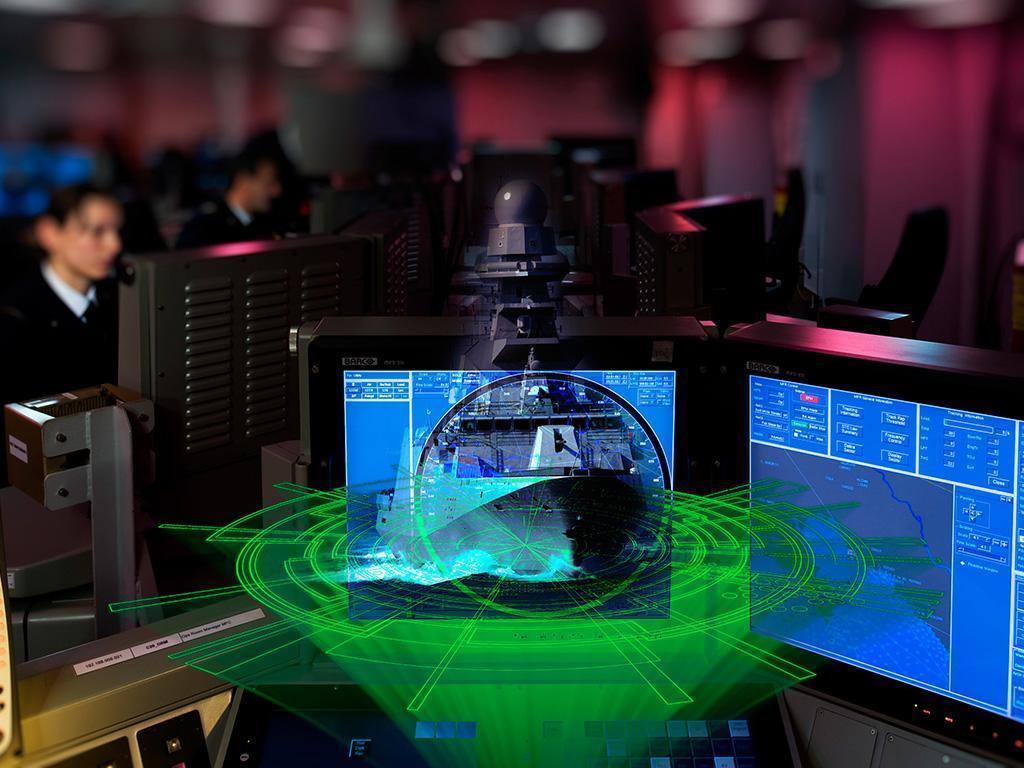 European defence conglomerate Leonardo is the market leader in the design and supply of systems and products for naval defence, maritime and coastal surveillance. Over the past 50 years, the company has grown to be able to support the entire spectrum of requirements for naval forces, ranging from small patrol boats and minesweepers to aircraft carriers. Since then, more than 100 naval vessels belonging to more than 40 marine organisations worldwide have been equipped with Leonardo technology.

Leonardo remains at the heart of Italy’s maritime renaissance and the nation’s ‘Legge Navale (Naval Law)’ programme, will result in a significant renewal of its fleet. In addition to growth in its home market, Leonardo has entered into collaborative programmes such as the Italian French Horizon and FREMM; Qatar Navy’s modernisation programme and a partnership with the United Arab Emirates in the naval sector. These highly successful partnerships have established the company’s status as a major international player in the integration of combat systems and a leading provider of advanced equipment for current and emerging naval requirements.

Leonardo not only offers its customers a wide range of products but also the skills to integrate them onto a wide range of combat platforms. Some of the new offerings are; naval combat management and communication systems, next generation radar sensors, fire control systems, electro-optics and navigation systems. Leonardo’s customers have also benefited from its extensive experience in integration of Unmanned Aerial Vehicles (UAVs), different caliber gun mounts, missiles, torpedoes, sonar and Electronic Warfare (EW) suites.

Leonardo’s latest-generation naval Combat Management System (CMS) ATHENA was a result of its legacy business experience in the design, development and implementation of command and control systems. This has resulted in the emergence of an outstanding CMS with the ability to perform rapid and effective decision-making processes as a result of unparalleled data acquisition, merging and management capabilities, thereby allowing effective evaluation of scenarios and management of available resources.

Leonardo’s multifunctional family of KRONOS radars are available in fixed and rotating-face configurations – in the X, C and L frequency bands. Based on Leonardo GaAs and GaN technology, they feature cutting-edge technology, flexibility and operational modularity. Also, at the forefront of technology are the new NA30S MK2 fire control systems which feature an antenna and a dual band radar (X and Ka), with the ability to handle up to three weapons.

The design, development and manufacture of small, medium and large-calibre naval guns (from 12.7 to 127mm) is hallmark of Leonardo, and its 76mm calibre naval gun is in service with over 60 navies worldwide. The 127/64 Light Weight, Marlin 40 and Marlin 30 are the latest-generation offerings in Leonardo’s high-performance ammunition portfolio. The innovative DART ammunition is ideally suited for land and naval defence against missiles and highly manoeuvrable targets, while Vulcano precision ammunition family, can be used to accurately engage targets up to 100 km away.

Leonardo designs, produces and integrates heavy and light torpedoes, anti-torpedo countermeasure systems for a wide range of submarines and surface vessels. Its heavy torpedoes portfolio includes the latest-generation Black Shark, which is designed to counter the most demanding surface and underwater threats. The A244 light torpedo has been highly successful and has sold over 1,200 units in various versions, while the MU90 is produced and marketed in international partnership with Eurotorp. Design and development of new technologically advanced light torpedo products continues to take place.

Sonar systems are vital for underwater surveillance and here, Leonardo is continuing with the design of new systems for surface-based and underwater naval units. The company has extensive experience in the field of sonars with a substantial number already selected and in-service with several naval forces globally. Leonardo also provides underwater surveillance systems for ports, coastal areas and strategic sites and these are in use in over 30 countries.

Leonardo boasts a highly successful portfolio of naval helicopters with the widest and most modern range on the market today; including, the AW101 three-engine medium-heavy helicopter, the medium twin-engine NH90 NFH (under the NHI consortium) and the intermediate twin-engine AW159; in addition there remain other Leonardo dual-use rotorcraft which are capable of operating at sea. In some cases, these helicopters are also embarked on ships for particular for surveillance and search and rescue tasks. Leonardo’s naval helicopters cover a wide spectrum of specialised missions, such as anti-submarine and anti-ship combat, radar picket and surveillance, amphibious support and operations with special forces, utilities, search and rescue.

Rounding up an impressive portfolio of offerings is the AWHERO remotely piloted helicopter, which is currently under development and has already been successfully used in international demonstration activities such as Ocean2020. The AWHERO belongs to the 200 kg class and integrates multiple systems and sensors made by Leonardo. The AWHERO is optimised for use on naval units for the performance of roles such as surveillance, intelligence, support for maritime security and anti-piracy missions to mention just a few.

Of key importance to Leonardo is its extensive participation in the Italian Navy’s extensive fleet renewal programme under the auspices of the “Legge Navale” (Naval Law) programme. It would not be out of place to state that Leonardo built systems are at the heart of these modernisation efforts.

The new dual-band radar features a multifunctional Active Electronically Scanned Array (AESA) radar with four fixed, dual-band faces in C and X bands. The IRST infrared sensor is used for target detection and tracking based on multiple non-rotating optical heads which are distributed around the ship for a seamless 360-degree view. Leonardo is also providing a new integrated communication system which features an innovative Software Defined Radio (SDR), as well as multi-band satellite systems.

Leonardo provides an advanced control system in conjunction with Fincantieri as part of the Legge Navale programme. Called as “Cockpit”, it allows integrated management of ship operations and makes use of augmented reality to enhance the vessel’s combat capabilities and reduce the number of operators required. Leonardo’s new ATAS sonar, is the smallest and most powerful underwater sensor in the world, weighing less than eight tons but yet capable of detecting targets up to 40 km away.

Leonardo is also providing the Italian Navy with the 127/64 Light Weight (LW) gun and qualification of the company’s new above-deck version of the 76/62 naval gun is also being completed. The multi-function 76/62 naval gun can be employed against air, sea, land and asymmetric targets. It will be equipped with the Strales kit, enabling it to fire Driven Ammunition Reduced Time of Flight (DART).