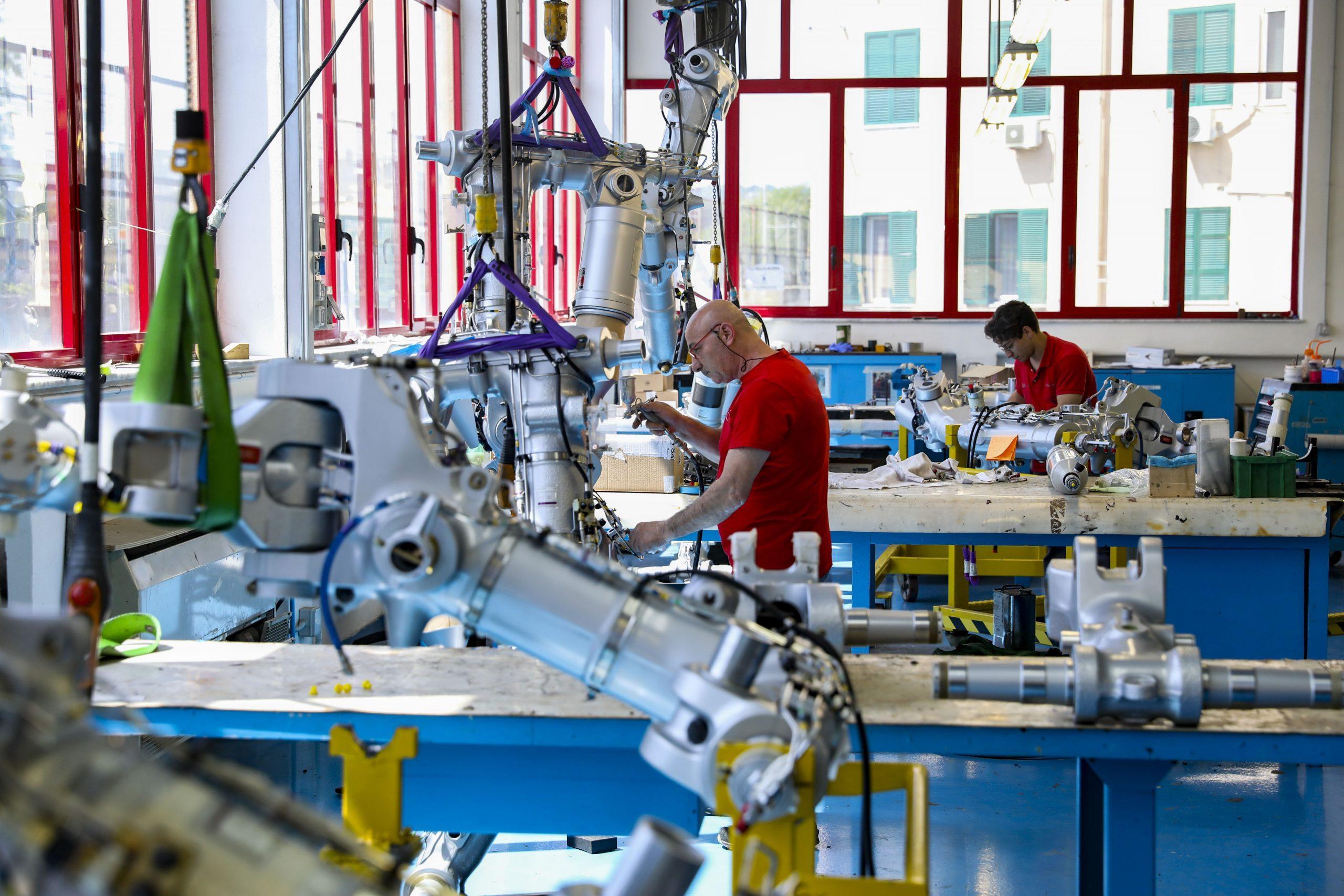 Magnaghi Aeronautica, a leading manufacturer of landing gears and hydraulic components in Naples, Italy, is focusing on the Turkish market as part of its larger plan to grow globally.

“We partnered up with Turkish Aerospace (TA) in the development of landing gears for Hürjet, the advanced jet trainer and light attack aircraft. This has instilled great confidence in us for proposing our capabilities for future projects in Turkey,” a senior official of Magnaghi Aeronautica told Asian Defence Technology.

The successful partnership with TA on the Hurjet aircraft has clearly helped Magnaghi; there is keen interest in the company and its products on the part of the Turkish Air Force and the government.

“Our effort is to offer our capabilities, investments, heritage and expertise, and to constantly develop our skills anticipating the market demands and needs. We also want to work closely with our customers in order to integrate our solutions into their programmes,” the official said.

Magnaghi, which is part of MA Group, recently signed a collaboration agreement with Turkish company TAAC Aerospace; this will allow it to fulfill Turkish offset requirements for the Hurjet landing gears programme.

TAAC, which is funded to develop capabilities in landing gears, flight control systems and aviation test systems, is a joint venture of the aerospace giant Turkish Aerospace and the Turkish technology pioneer Altinay. Although a young company, TAAC has already taken up the responsibility of supporting many challenging Turkish platform programmes. The Iron Bird Test System of Hürjet is one of the programmes in which TAAC is playing a central role.

Magnaghi and TAAC will sign, during the ongoing Eurasia Airshow, an MoU to establish a joint venture company that will pursue the following business scope: Landing Gears and related hydraulic and electromechanical devices design, qualification, manufacturing, and MRO for air platforms.
“We are aiming to set up a brand-new MRO facility in Istanbul with TAAC, mainly to service military aircraft,” the official said.

“Several military aircraft made in Turkey, including the T-129 multi-role attack helicopter, fly with our wheeled landing gear,” he noted. The T129 is a twin-engine helicopter designed and manufactured jointly by TAI and Italy-based AgustaWestland to meet the requirements of Turkish Armed Forces.

“We provide the technologies, products and services needed for tomorrow’s aerospace and defence markets by developing innovative solutions. A significant number of our engineers are involved in Research & Development, exploring new paths to innovation day after day,” he added.

Magnaghi also has in recent years expanded to the United States, thus growing its global footprint. The 2018 acquisition of Hsm-Blair, a leading aerospace landing systems supplier in North America, marked a key moment in Magnaghi’s international ambitions as it expanded the company’s capabilities and increased the range of its products and services.

Hsm-Blair was headquartered in Long Island, where it operated one of two industrial complexes, the other one being in North Carolina. Its product lines mainly focused on the construction of landing gear and hydraulic systems for fixed and rotary wing aircraft. Among its customers were important companies related to both civil aviation and the American military. The company’s products are present on some of the major American military aviation programs such as LMAero F35 JSF, Boeing AH-64, LMAero-Sikorsky S76 and MH-60.

With the acquisition of Hsm-Blair, Magnaghi, which already has products that are used in major aeronautical programs of manufacturers such as Boeing and Airbus, has integrated two manufacturing plants in the United States. The company now has seven industrial sites spread over Italy, Brazil and the USA, and about 800 employees.

“The Hsm-Blair deal was a perfect match. We were able to immediately put our technologies and engineering capabilities into operation,” said the official.

The delicate acquisition operation on the Italy-USA axis was authorized in quick time by the Committee on Foreign Investments in the United States (CFIUS). The quick approval is significant because Hsm-Blair also manufactures components for military purposes.

“This deal now allows us to increase our presence on the U.S. market, offering, at the same time, a better and wider service to customers all over the world,” the official added.

In Italy, Magnaghi is a tier one supplier of the main and nose landing gear on the Alenia C-27J, the NH Industries NH90’s deck lock system, and the undercarriage of the Turkish version of the AW129 helicopter. It also subcontracts for tier one suppliers on aircraft such as the Sukhoi Superjet 100, the ATR 42/72 and the Alenia Aermacchi M346 jet trainer.

Magnaghi is also looking at Brazil as a fast-growing marketplace and industrial partner, and last year opened a design office in Sao Paolo. The Middle East and China are also on the company’s radar .

“We are growing by acquisitions and investments and in the next five years we hope to double our turnover from US$120 million to over US$250 million,” he concluded.