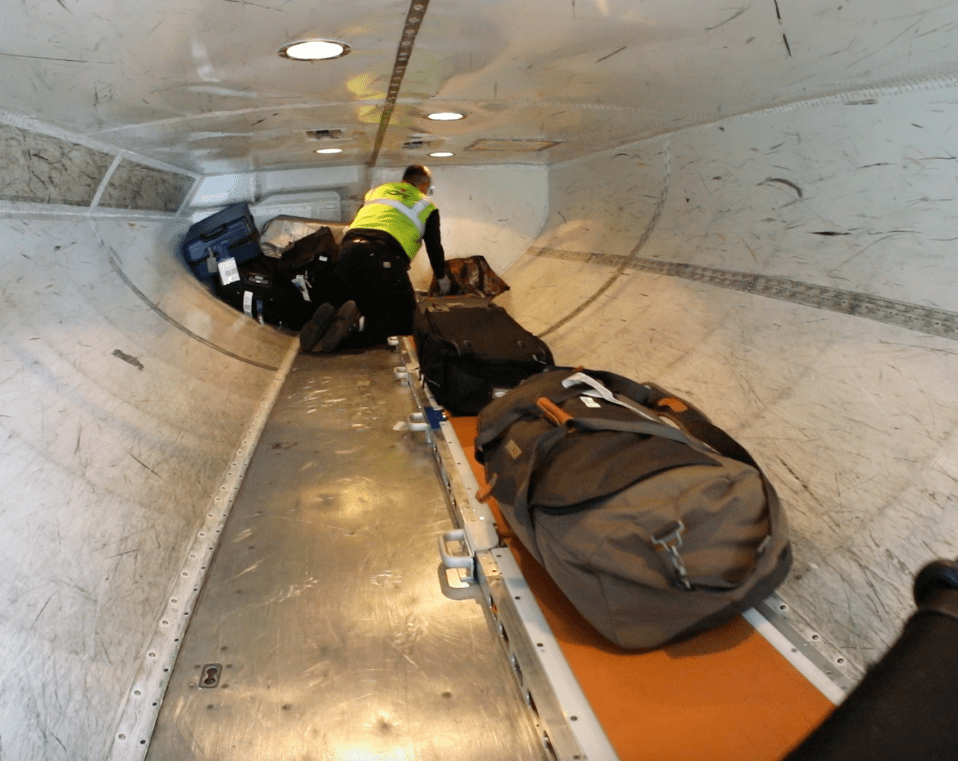 The conveyor system has been designed to address issues around loading and unloading aircraft such as on-the-job injuries, speed of loading and unloading, damage claims and workman’s comp expenses. Even though airlines have invested in technology to improve productivity and efficiency, most narrow-bodied aircraft bellies are still loaded manually, a costly and time-consuming process unchanged since commercial aviation began.

The TISABAS system mechanically moves baggage and cargo inside the belly, eliminating the need to throw heavy baggage, mail and freight the length of the aircraft. It substantially reduces time and operational costs while making ramp agent jobs safer, easier and more efficient. Air carriers, ground-handling contractors and freight operators using the system can decrease agent injuries and turnover, reduce damage to aircraft and baggage, and load more in less time while lowering agent turnover and reducing expense.

Unlike other aircraft belly-loading equipment, TISABAS is portable, foldable, and easy to set up or quickly move out of the way. As it functions inside the belly rather than flying with the aircraft, it does not reduce cargo capacity or fuel efficiency. There is also no damage to the aircraft exterior nor delays in flight schedules caused by malfunction of external equipment.

As bags and cargo are loaded faster and easier than conventional methods, agents using TISABAS can move more weight in less time.   TISABAS’ purchase cost is one quarter to one third the price of other loading systems, and is therefore affordable for fleets from small regional airlines to international carriers with hundreds of stations.