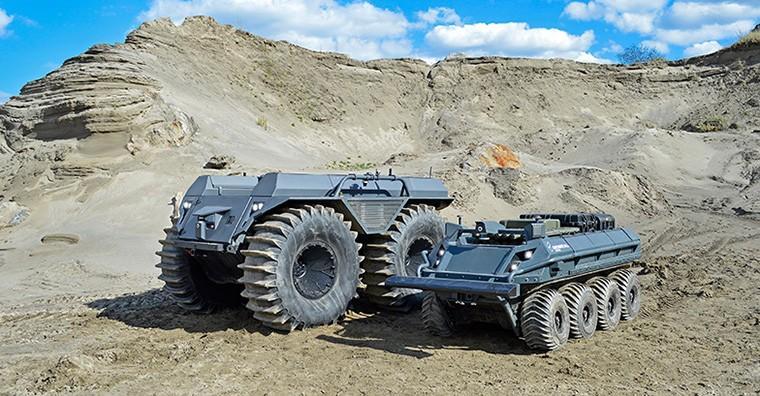 The fully amphibious four-cell missile launcher, which can float and swim with a 1,000 kg payload, is mounted on a 4×4 Mission Master XT (Extreme Terrain) hybrid UGV that boasts of larger wheels than the other vehicles of the type. The UGV also has a continuous tyre inflation system allowing it to operate with 2 cm holes in its tyres on ice, snow, and sub-zero weather conditions in sandy, rocky, and mountainous terrain.

The Mission Master XT’s diesel engine gives the UGV a range of 750 km without refuelling and its lithium-ion batteries give it an endurance of six hours in silent mode. The UGV can be used for a variety of missions. including ambush, fire support, and suppression of enemy air defence.