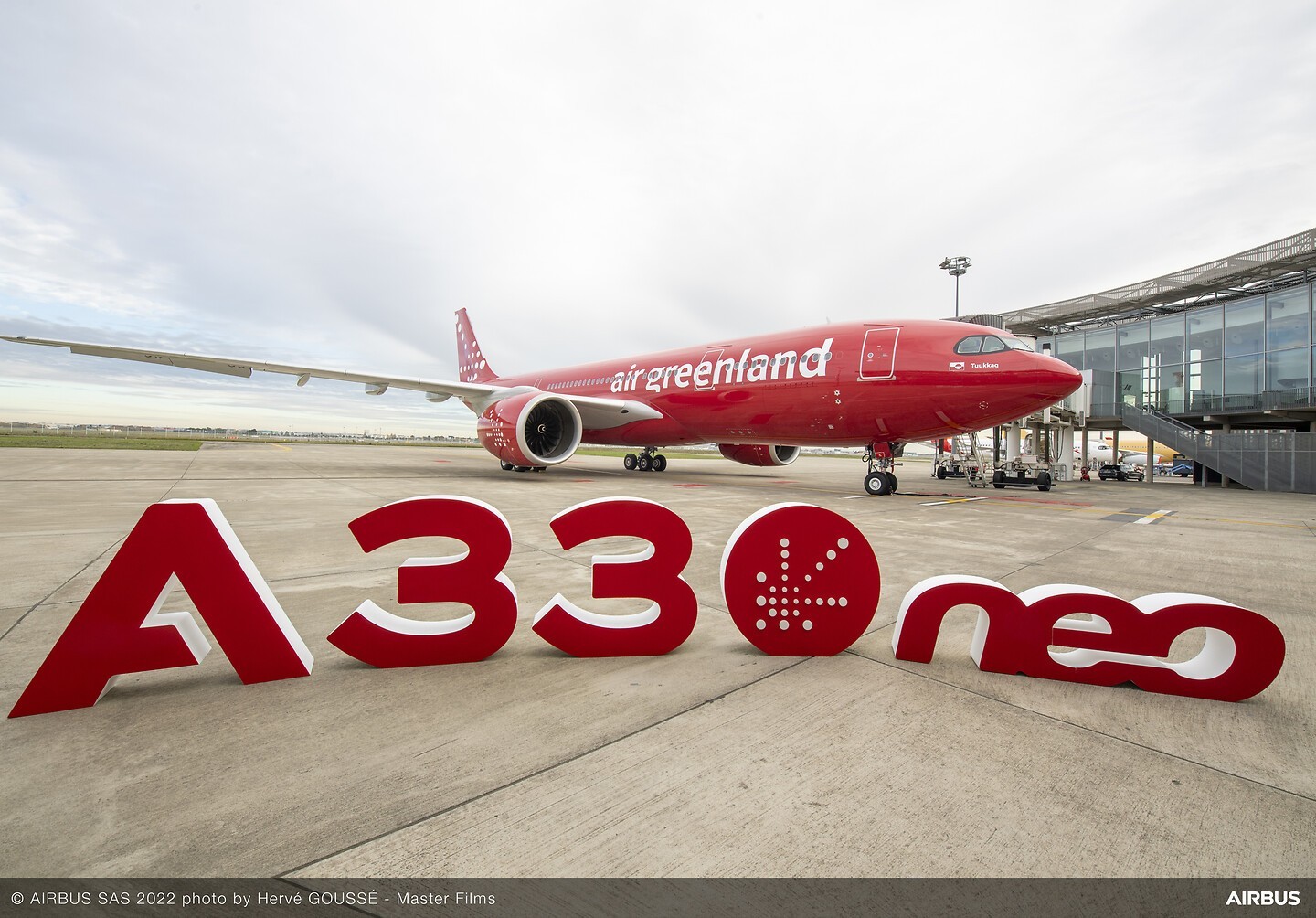 Air Greenland has taken delivery of an A330neo (A330-800) widebody aircraft, becoming the latest operator of the type, according to a press release from Airbus on Wednesday (Dec. 7). The aircraft will replace previous generation aircraft in the company’s fleet, accommodating 305 passengers, featuring 42 Premium class seats and 263 Economy class seats.

Air Greenland has also firmed up an agreement with Airbus on Flight Hour Services (FHS) covering component supply and maintenance services. Based on a circular economy model and carbon footprint reduction the Airbus FHS offers more sustainability throughout the aircraft’s life cycle. More than 1,200 aircraft worldwide are currently being contracted under Airbus FHS.

To underline the airline’s sustainability strategy the delivery flight will be powered by a 30 percent blend of sustainable aviation fuel (SAF).

Air Greenland will first deploy the A330neo between the arctic island and Denmark, adding North American and European routes at a later date.

The A330neo is the new generation version of the popular A330 widebody. Incorporating the latest generation Rolls-Royce Trent 7000 engines, new wings, and a range of aerodynamic innovations, the aircraft offers a 25 percent reduction in fuel consumption and CO2 emissions. The A330-800 is capable of flying 8,150 nm (15,094 km) non-stop.