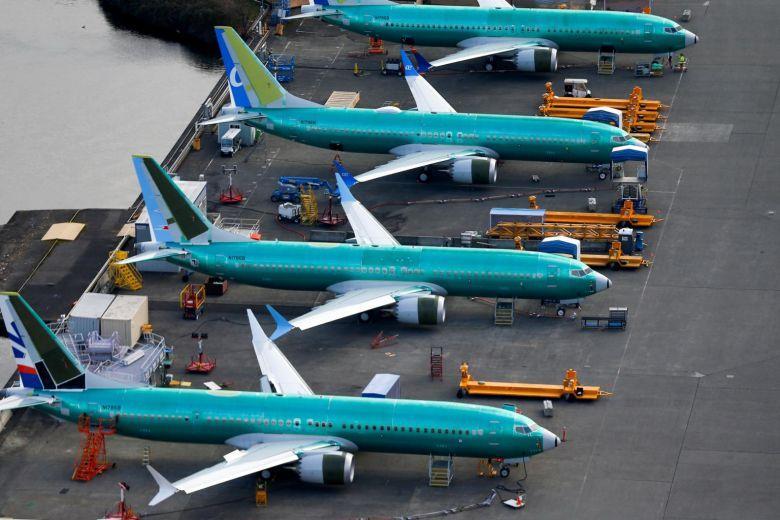 “We are in an unpredictable and fast-changing environment, and it is difficult to estimate when the situation will stabilize,” Calhoun said in a webcast of the company’s annual shareholders meeting. “When it does, the commercial market will be smaller, and our customers’ needs will be different.”

Global airline revenues set to drop by $314 billion this year. In the US, more than 2,800 planes idled. Passenger demand is down 95 per cent from last year.  The company will need to borrow more money over the next six months and does not expect to pay dividends again for years.

“The health crisis is unlike anything we have ever experienced,” Calhoun laid out the coronavirus pandemic’s toll on the industry.

Cancellations are already piling up for Boeing as airlines scrap orders for dozens of 737 Max planes and the manufacturer is also expected to lower already-reduced production of wide-body jets like the 787 Dreamliner.

“We know we’re going to have to borrow more money in the next six months in order to get through this really difficult moment, to provide the right liquidity to the supply chain that represents our industry,” Calhoun said during the company’s virtual annual general meeting.

“Our first priority is going to be to pay that back, the principle and the interest that goes with it.”

On Saturday, Boeing said it is walking away from a proposed US$4.2 billion deal with Embraer that would have given Boeing control of the Brazilian aircraft manufacturer’s commercial airplane unit. Embraer said Boeing “wrongfully terminated” their agreement and on Monday said it has started arbitration proceedings over the scuttled deal.

“It is deeply disappointing, but we had reached a point where continued negotiation was no longer helpful, and so we exercised the rights set out in the [deal agreement] to terminate the agreement,” Calhoun told shareholders on Monday.
Boeing is scheduled to report first-quarter results before the market opens on Wednesday.