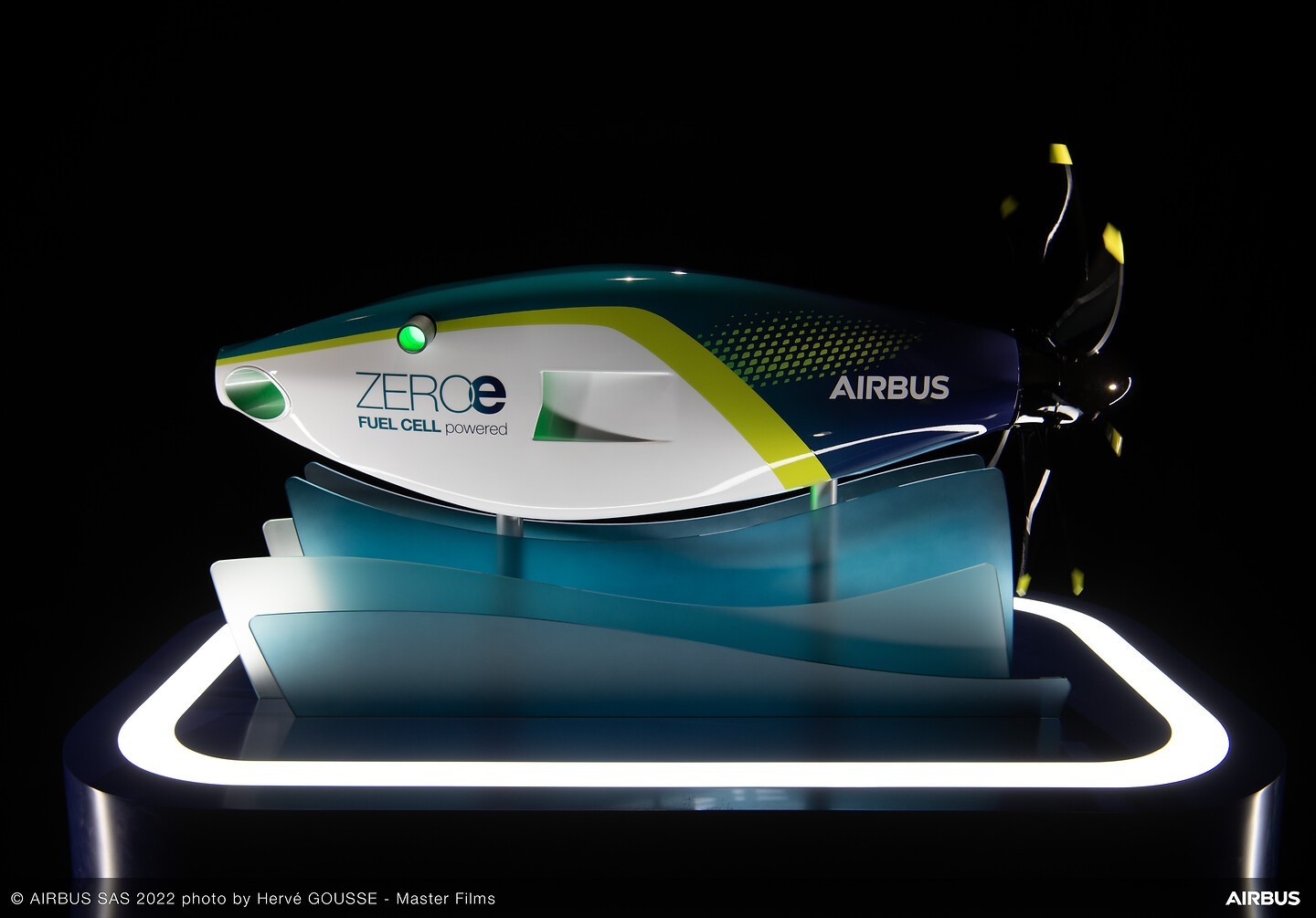 Airbus is developing a hydrogen-powered fuel cell engine and will test it on a modified A380 superjumbo, the largest commercial airplane to fly. Test flights are likely to take place in 2026, as part of the Airbus ZEROe initiative to launch a zero-emission aircraft by 2035.

At the Airbus Summit 2022 on Nov. 30, the company revealed that it would mount the engine between the wings and the tail of the aircraft.
“In terms of aerodynamics, the A380 is a very stable aircraft. So the pod attached to the rear fuselage via the stub doesn’t pose much of an issue,” said Mathias Andriamisaina, head of ZEROe demonstrators and tests at Airbus.

The A380 MSN1 flight test aircraft for new hydrogen technologies is currently being modified to carry liquid hydrogen tanks and their associated distribution systems.

“Fuel cells are a potential solution to help us achieve our zero-emission ambition and we are focused on developing and testing this technology to understand if it is feasible and viable for a 2035 entry-into-service of a zero-emission aircraft,” said Glenn Llewellyn, VP Zero-Emission Aircraft, Airbus. “At scale, and if the technology targets were achieved, fuel cell engines may be able to power a 100-passenger aircraft with a range of approximately 1,000 nautical miles.”

The company has identified hydrogen as one of the most promising alternatives to power a zero-emission aircraft, because it emits no carbon dioxide when generated from renewable energy, with water being its most significant by-products.

There are two ways hydrogen can be used as a power source for aircraft propulsion. First via hydrogen combustion in a gas turbine, second, by using fuel cells to convert hydrogen into electricity in order to power a propeller engine. A hydrogen gas turbine can also be coupled with fuel cells instead of batteries in a hybrid-electric architecture.