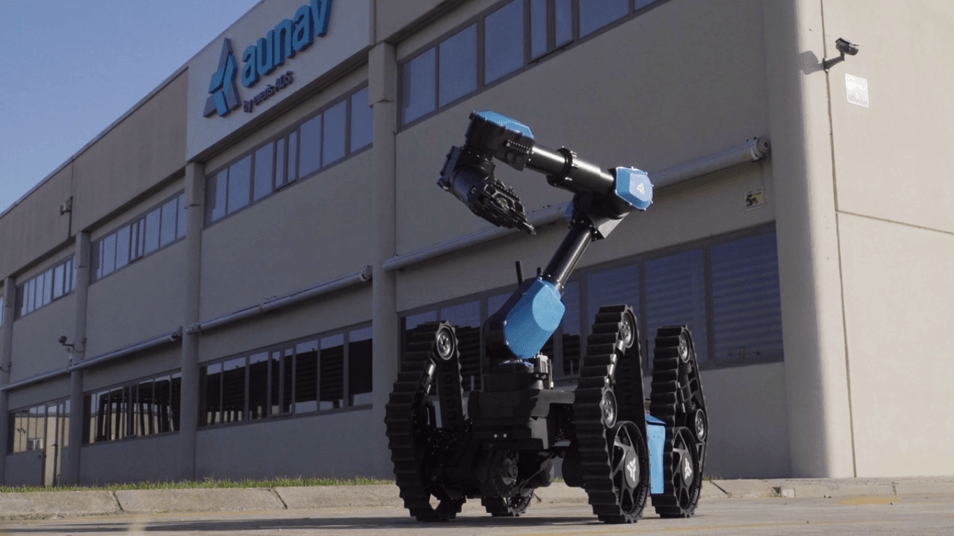 aunav.NEO, the only explosive ordnance disposal robot in the industry with variable geometry, is capable of increasing or decreasing its width during a mission. The technology enables the system, which is lightweight, demountable, and easily transportable, to operate in tight spaces such as a plane, bus or subway aisles.

Launched in September last year, aunav.NEO is being showcased for the public for the first time at IDEX. The robot, the lightest one developed by the company, has many stand-out features, including platform self-stabilisation, which allows it maintain a horizontal position when climbing stairs, ramps or traversing uneven terrain.  Demountable and modular, accessory attachment to different parts of the robot, such as cameras, is quick and easy.