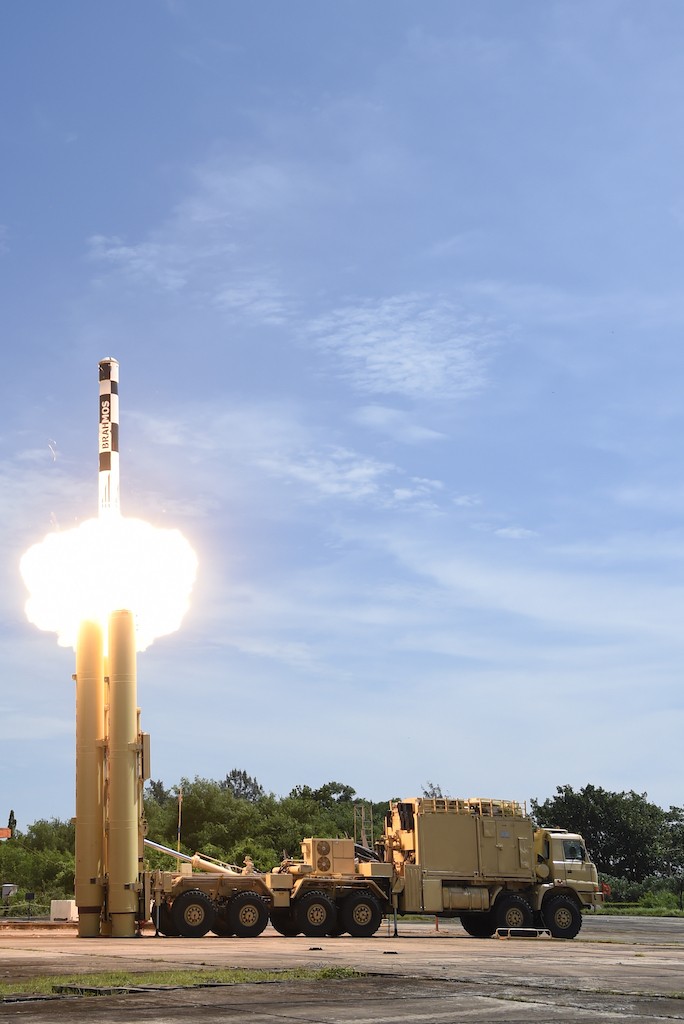 The power and influence of precision strike weapons in modern, highly intense conflict situations has increased manifold. The ability of such weapons to knock down a target with deadly accuracy, speed and firepower has made them true “game-changers”.  BRAHMOS – world’s most powerful tactical weapon owing to its supersonic speed, high precision, lethal firepower, great versatility and operational maneuverability – has revolutionized modern warfare dynamics. The formidable missile has established its supremacy as the “choicest deterrent system” of 21st century.

By completing India’s ‘supersonic cruise missile triad’, BRAHMOS has become a ‘force-multiplier’ asset to undertake joint, network-centric warfare operations.  BRAHMOS air-launched cruise missile (ALCM) integrated on the Indian Air Force’s Sukhoi-30MKI fighter platform has emerged as the most powerful conventional air-borne ‘stand-off’ weapon in terms of range, lethality and effectiveness. The anti-ship and land-attack variants of the missile deployed on frontline Indian naval warships have enormously widened India’s maritime outreach and strike capability in littoral and high seas. The Indian Army has become the only land force in the world in possession of a supersonic cruise missile system.

After successfully delivering the formidable BRAHMOS Weapon Systems to the Indian Armed Forces, BrahMos Aerospace charted yet another glorious milestone by carving its global footprint in the year 2022.  On January 28, 2022, the JV entity signed a historic export contract with the Republic of Philippines to deliver shore based BRAHMOS anti-ship weapon systems to the Armed Forces of Philippines.

“The landmark export contract for BRAHMOS is a successful realization of our ‘Mind-to-Market’ strategy. As we get ready to deliver the world’s deadliest and best tactical weapon to our first foreign customer nation, we are also strongly aspiring and hoping to achieve many more breakthroughs on the exports front by signing new orders for our weapon system,” says Atul D Rane, Director General, BrahMos, DRDO and CEO & MD of BrahMos Aerospace.

The deployment of BRAHMOS’s ship-based weapon complex along with its shore-based weapon complex can strongly fortify and safeguard the maritime security and coastal defence mechanisms of a nation. The powerful weapon along with its associated systems can ensure real-time monitoring, detection and tracking of potential targets in Exclusive Economic Zones (EEZs), and their swift engagement from beyond radar horizon ranges. As a ‘stand-off’ weapon, BRAHMOS can thus become a net security provider during regional conflict situations.

Design and development of more advanced BRAHMOS variants, especially the new BRAHMOS-NG (next-gen) having smaller, lighter dimensions to equip a wider number of modern military platforms on land, sea, sub-sea and air, promises to accelerate the weapon’s export potential manifold in near future.